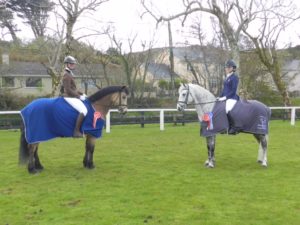 It was great to have Carn Verdon Boy and Kinvara Tan in Clifden today for some photos with their rosettes from the Dressage Ireland Winter Final Championships.

Carn Verdon Boy and Alana won the Novice category 2 Championships and were Reserve Champion in the Elementory.  Carn Verdon Boy was also the highest placed Connemara pony at the Show.  Owned by Deirdre & Joan Geoghegan, ridden by Alana Cazabon 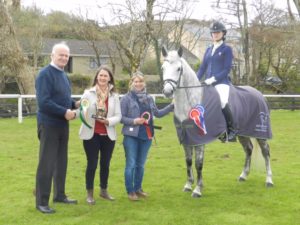