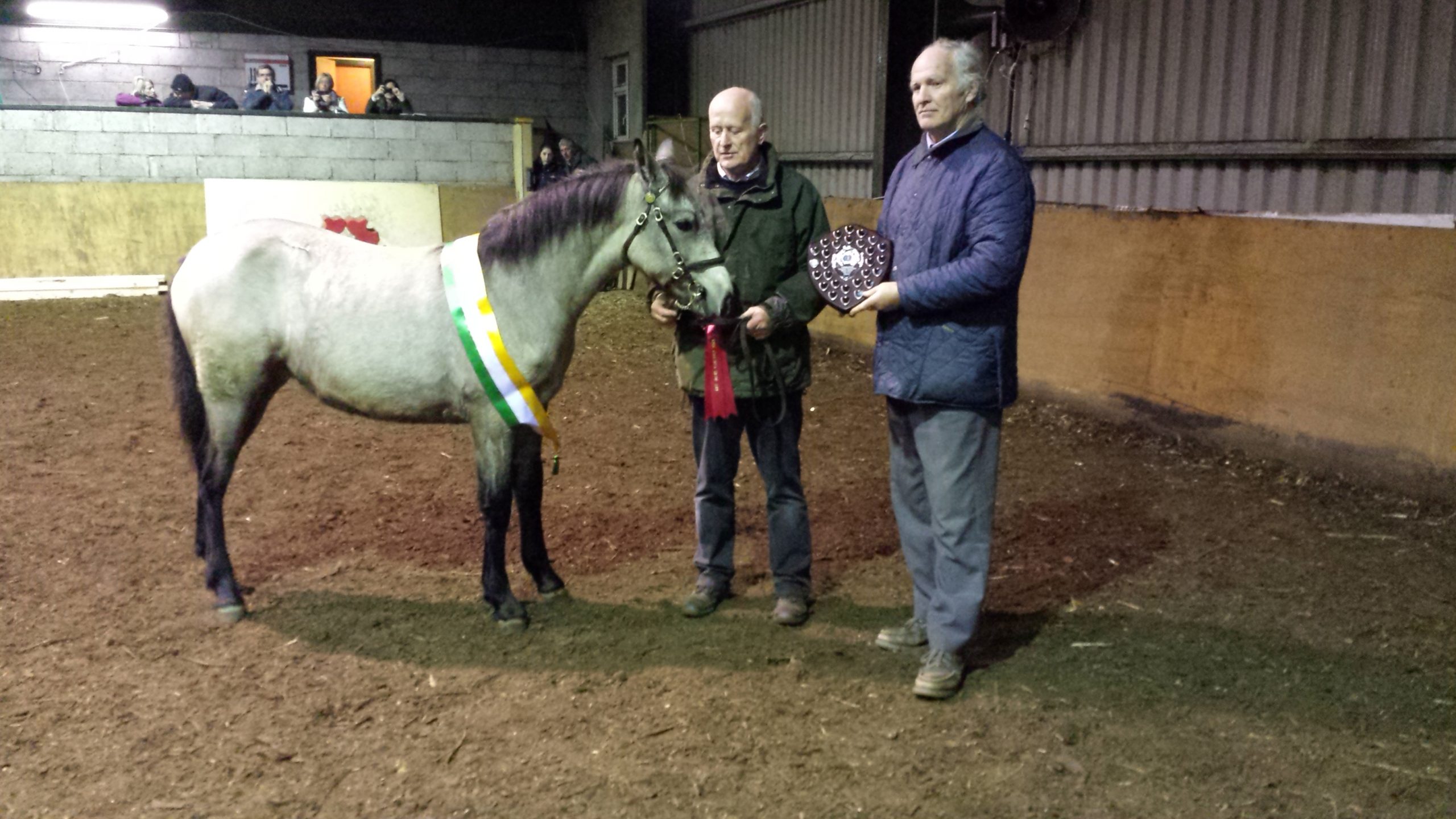 The second ever CPBS Christmas took place at Creagh Equestrian Centre on Saturday.  Despite the delayed start in the morning due to the Working Hunter moving indoors, there was a great turnout of entries and spectators. The morning Working hunter classes started just after 10.30 and were followed by a Dressage demonstration from Alana Cazabon Sullivan and then a Christmas themed musical ride from the Clegganbay Riding Centre (santa hats, reindeer noses on ten grey Connemara ponies).  The obstacle course took place with a tricky course designed by Cathriona Goaley followed by the Fancy Dress.  The raffle and Sean Nos dancing took place during the interval before the foal classes started. Maedhbh O’Neill and Ronan Nee kept the audience entertained and were joined at one stage by a member of the audience, along with Willie Mulkerrins on accordion.  The main man (Santa) then made his entrance on his own Connemara pony Finn much to the delight of all the kids.

The last two events of the day were the long awaited foal classes.  The colt foal was awarded to Sean Carey with the Dexter Leam Pondi 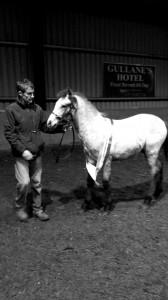 The Connemara Pony Breeders Society would like to thank everyone who supported the Christmas Show, to those who participated and to those who came out to watch.  Also a big thank you to all the businesses that provided sponsorship and prizes for the raffle. To the judges  Ms. Claire Lowe (WH) and  Mr. Henry O’Toole and Mr. Michael O’Toole (Foal classes).  To the stewards Ms. Carol Henley (WH) and Ms. Emer McNamra (Foals).  To the Carey family who always make us feel very welcome and for all their help and support.

Christmas Show Catalogue  (please note entries were also taken on the day for the working hunter, which won’t appear in the catalogue)