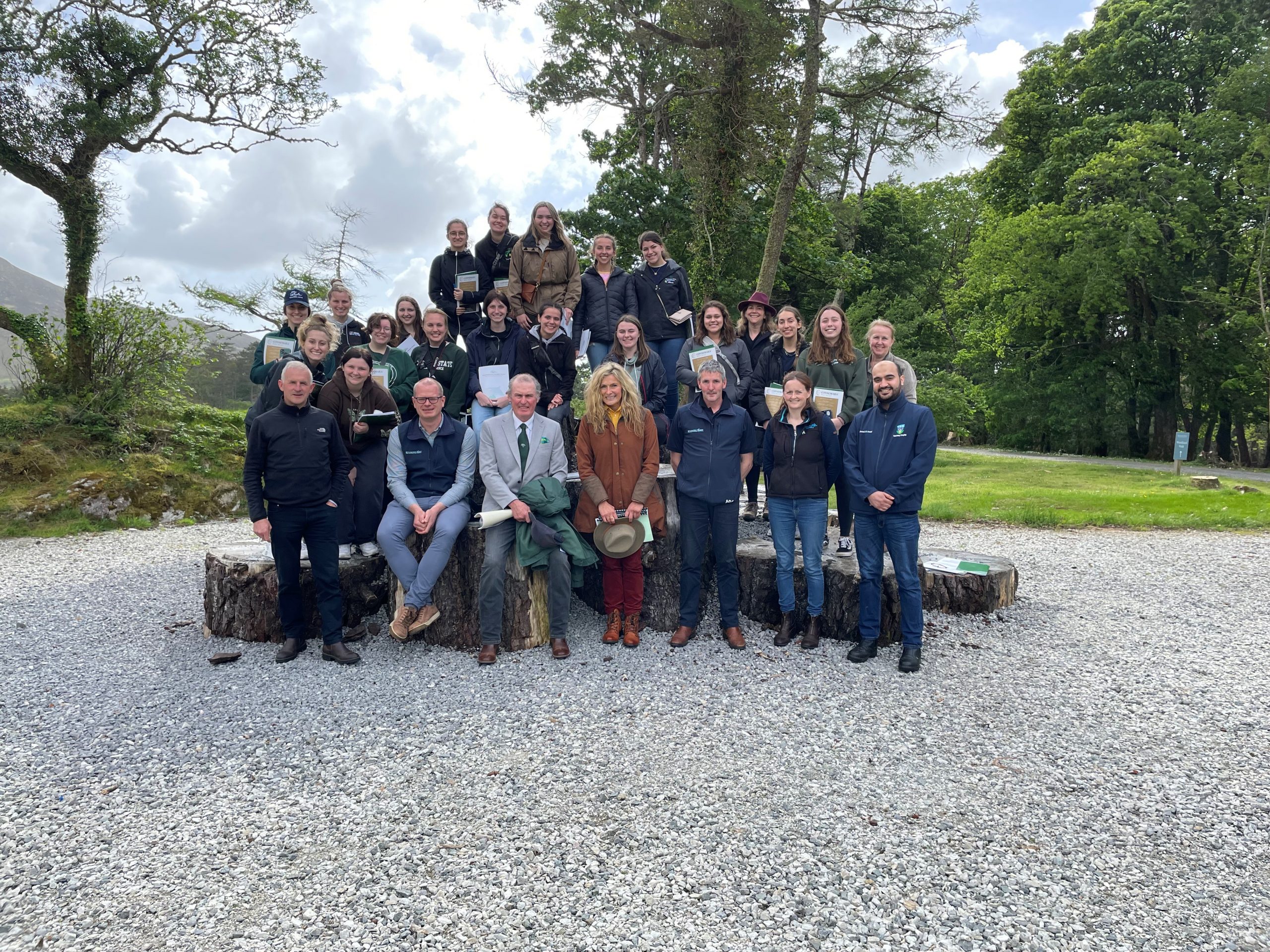 A group of USA students from the Animal Science Faculty at Michigan State University (MSU) visited Kylemore Abbey on Tuesday 18th May. The group of eighteen students and two lecturers were travelling around Ireland in the quest to learn more about the Irish Horse Industry. Visiting the 1,000-acre Kylemore Estate provided them with the opportunity to learn more about Ireland’s native pony, the Connemara pony, in its natural surroundings.

In the picturesque setting of Kylemore’s Garden Teahouse, Henry O’Toole gave an informative presentation introducing the students to the Connemara pony, which focused on the desirable characteristics while also comparing these with less desirable traits and common faults. Following this, CPBS President, Dave Sheedy, explained the linear profiling system, which is used for scoring the breed, to the students and spoke of its merit in educating breeders.

Moving outside, to the pony paddock, situated with the backdrop of the Diamond Hill, Cathy Snow-Coyne spoke about what she likes to see in a Connemara pony. Using the Kylemore Abbey herd for illustrative purposes, Cathy pointed out the different features of the ponies. The MSU students then each had the opportunity to linear profile a two-year-old filly named “Peaceful Réiltín”, a task which was undertaken with great enthusiasm.

To round off the seminar, the panel of speakers were asked for their opinions on several topics relating to Connemara ponies, including the endless quest to find the perfect pony, over-height ponies, appropriate nutrition for the breed, the importance of temperament, and if breeders should let the market dictate their breeding goals. The students actively engaged in the discussion and thoroughly enjoyed the seminar.

Speaking after the event Conor Coyne thanked all panelists and attendees for their insights and enthusiasm and commented that he was “delighted Kylemore could play a role in helping educate young people on the Connemara pony while also promoting the pony to an overseas audience. Who knows, it might inspire ideas for future educational initiatives and engagement with breeders and equine enthusiasts, both here and abroad.”

Kylemore Abbey is open daily. Tickets can be booked on www.kylemoreabbey.com