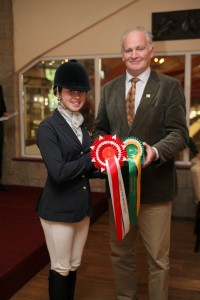 Tom Mac Lochlainn travelled to Cavan Equestrian Centre at the weekend to present Alana Cazabon Sullivan with a cheque for €100 and a rosette for the top placed Connemara at the winter finals of Dressage Ireland.  Alana was riding  the 16 yr old grey gelding Blackwood Dancer (by: Ferdia and ex: Dancing Queen) owned by Judy Cazabon and Enda Keane.  Alana recently qualified Blackwood Dancer along with another pony (non Connemara) for the Europeans which will be held in July at Millstreet , Co Cork

Well done to everyone involved. 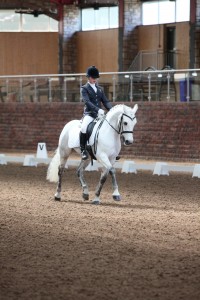