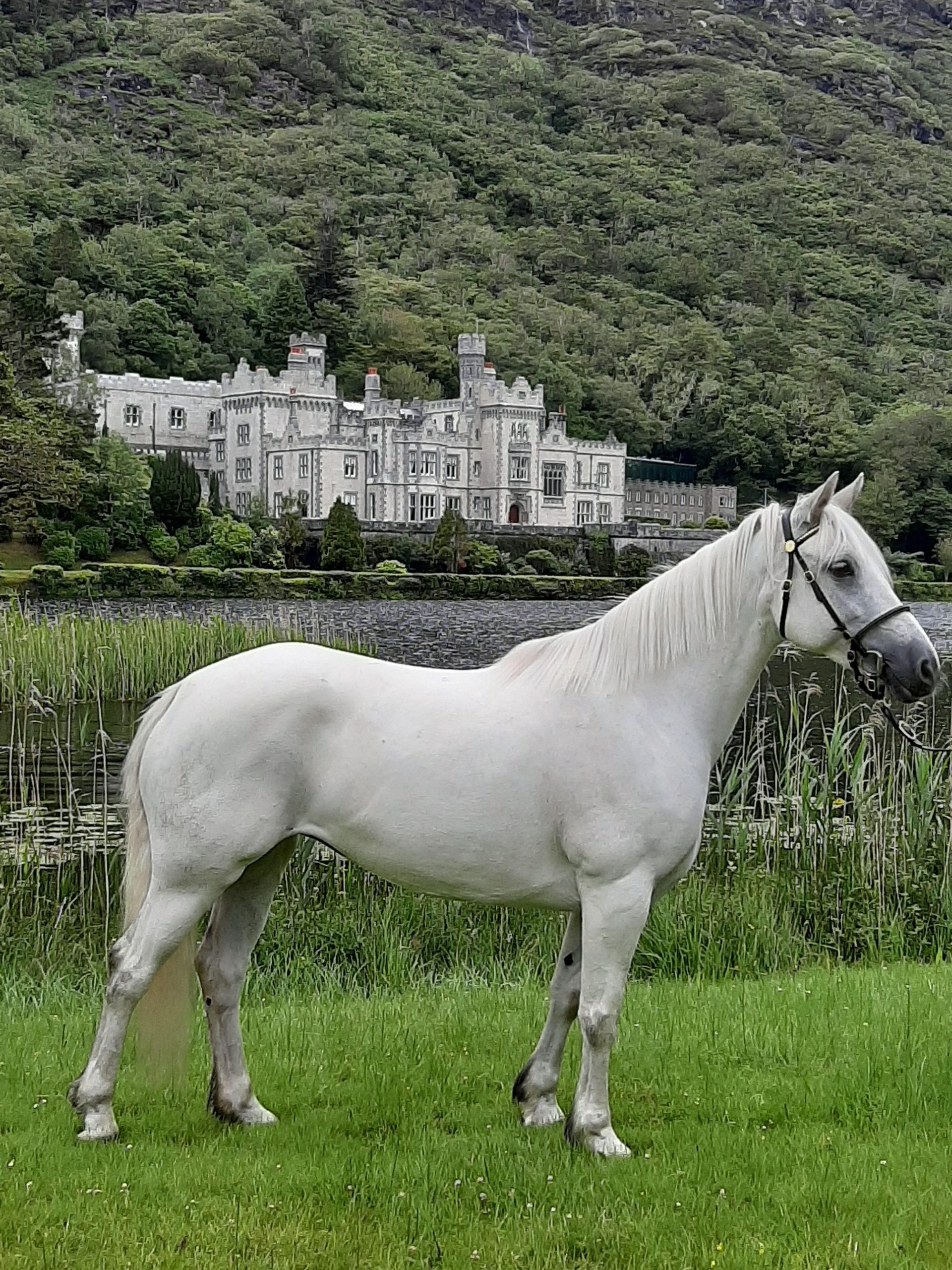 Kylemore Abbey is delighted to announce an exciting new partnership between Áras an Uachtaráin and the Abbey whereby each year a Connemara mare and foal from the Kylemore Herd will take up residence with the President of Ireland and graze the Áras paddocks from May to September. The partnership was formed following discussions implementing biodiversity grazing strategies in both the Áras and Kylemore Abbey and a subsequent visit to Kylemore by President Higgins and his wife Sabina.

Conor Coyne, Executive Director of Kylemore Abbey explained, “It will provide an opportunity to get national and international media coverage for the Connemara pony and will be the start of developing a more educational experience for the breed.”

The mare will deliver her foal in Kylemore and once her foal is strong enough the pair will travel to the Áras. Foals born at Kylemore Abbey carry the “Peaceful” prefix symbolising the tranquility of the Kylemore estate and a link to its tradition. President Higgins and his wife will choose a name for the foal using the “Peaceful” prefix.

The Connemara pony plays a large role in Irish heritage and it is fitting that a Connemara mare and foal be on display to the public in such a prominent setting. Once used as a working animal on farms in Connemara, these ponies now compete in equestrian sports around the world. The herd of Connemara ponies were introduced to Kylemore last year and since their arrival they have proved hugely popular with visitors at one of Ireland’s best loved visitor attractions. The placement of a mare and foal in the Áras will further increase the awareness of this special native pony. The objective at Kylemore Abbey is to showcase the very best of the west of Ireland, and the Connemara pony definitely fits the bill. This new partnership greatly enhances that objective.