It is with great regret that we hear the sad news of Lady Anne Hemphill’s passing. Predeceased by her husband Peter Patrick, they were both former members of the Council of the CPBS as well as being life-long supporters of the Galway Races and the Galway Blazers.

Lady Anne has been breeding and exporting ponies since the early 1960’s and her prefix, “Tulira”, is known in every country in the world where ponies are bred. Among her favourite ponies were Patsy Fagan, Tulira Coleman and latterly Tulira Robuck.

Shortly before her death, Robuck was brought to her at the Nursing Home in Clarinbridge by Pakie Whelan for one last look which she so much enjoyed.

Lady Anne was born in India where her father, Major Ruttledge, served until the 1930s. On the family’s return to their home in Ballinrobe, Major Ruttledge began his studies in ornithology and over the following 60 years published extensively, becoming Ireland’s leading ornithologist.

Even in the 1880s, when the Congested Districts Board was being set up, another member of the family, Major Ruttledge Fair, was one of the first photographers to travel the west, chronicling the life of that time, in what have become priceless early photographs of rural Ireland.

The family has given over a century of service for which the people of the West and of Ireland must be grateful. Ar dheis Dé go raibh a hanam uasal. 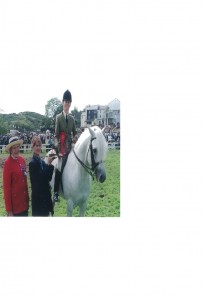