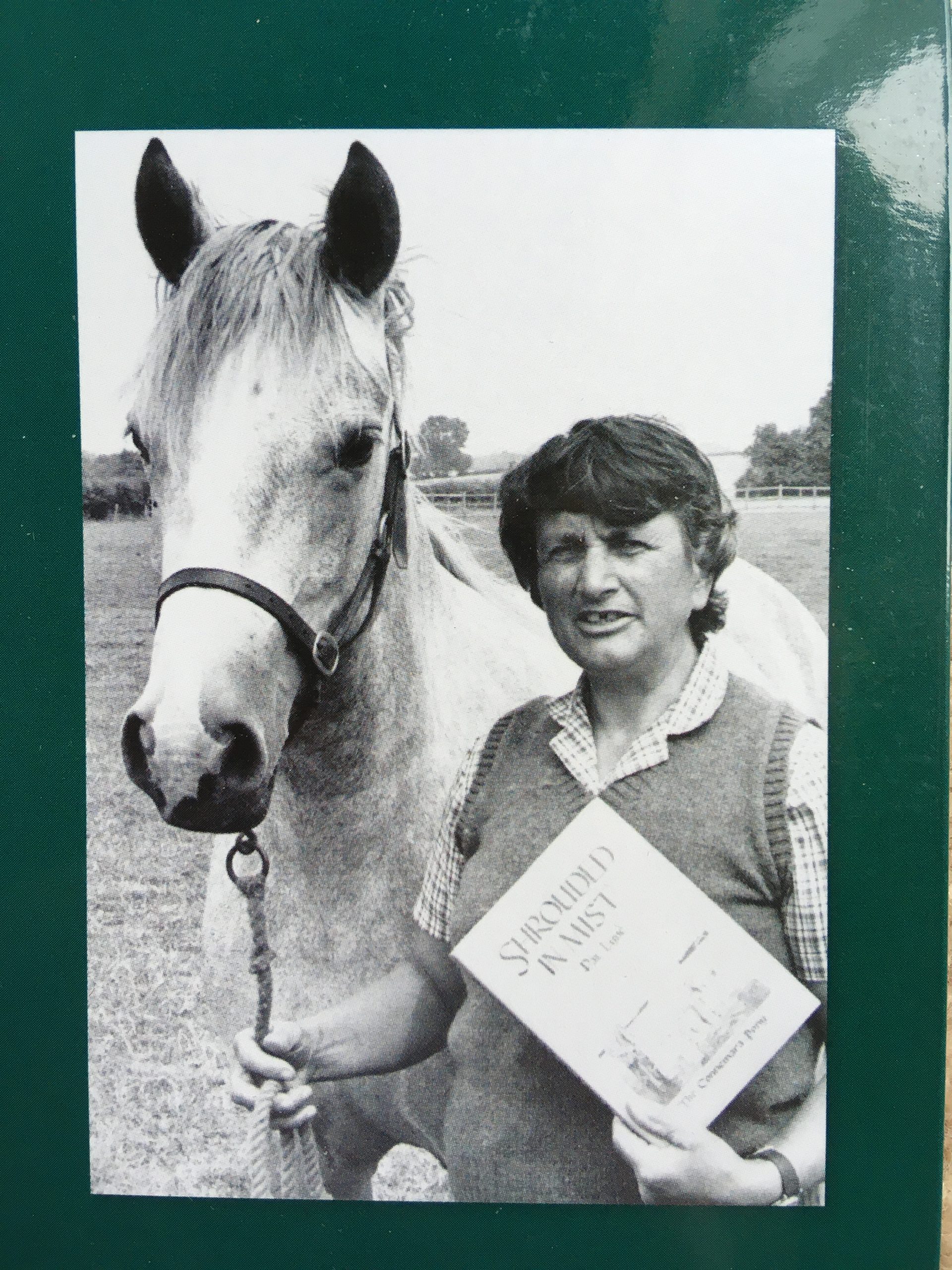 The Connemara pony and its kinsfolk have lost a true friend with the sad news that Pat Lyne has passed away, aged 91 years. Although living in the United Kingdom, Pat had a very close association with the people of Connemara and their ponies for over forty years, and her immeasurable amount of knowledge gleaned was demonstrated in the many books she wrote rolling back the mists of time and place, taking readers down many a boreen to meet famous ponies and breeders, discuss diverse pedigree lines and share recollections unearthed from her diaries, notebooks, photographs and memories. Imparting her great wealth of knowledge through her writings on the pony and with a keen eye for the wider view, often providing a narrative for the social history of Connemara, Pat introduced many to the fascination of this remote and stunningly beautiful region and imparted her lifelong passion for this most remarkable of ponies.

Pat’s love for the Connemara pony was second to none. Her breeding prefix Chiltern provided her with many a proud moment in the showing field, Chiltern Thunderburst being particularly close to her heart. After an initial uphill struggle on export to Germany as a yearling colt in 1990 and being a late developer,  he achieved Stallion Champion at the Northern German Connemara Show in 1995 under Irish judges, and went on to prove himself across country, showjumping and in ‘character handling’.  C. Thunderburst was a son of Thunderbolt, a former Clifden winner and of Mountain Lad breeding, who caught Pat’s imagination when he was rescued from the jaws of a meat factory, aged 21, and brought to England to hold court for the last eleven years of his life. Chiltern Cameo, one of Pat’s favourite mares, was Thunderburst’s dam. Recognised as a respected international judge, Pat travelled extensively overseas visiting no less than eight of the countries with affiliated daughter CPBS societies.

We owe a great debt to Pat, who together with local business man John Sweeney, set up the Station House Museum in the old engine house of the former Clifden Station. The museum, now part of the Station House complex, lays emphasis on local historical connections with pioneering feats of the past century and on the history of the Connemara pony, complete with many pieces of beloved memorabilia and her books, which by their unique narrative gave the pony a special place in many a heart worldwide. Pat’s eternal interest in the museum, manning it whenever she visited Clifden, made it a sure port of call for all visitors who were interested in the Connemara pony, where they would be guaranteed a warm welcome and a story or two.

Thank you Pat, you have lived a very full and passionate life, and left a legacy for which all lovers of the Connemara pony are truly appreciative. May you rest in peace, gazing upon sweet meadows, the sound of surf in the distance and with a gentle nuzzle from your beloved  Arctic Moon.

Photo: Pat Lyne in 1984, with her yearling filly Chiltern Sika and her first publication, Shrouded in Mist. C. Sika was a granddaughter of Arctic Moon foundation mare for Pat’s Chiltern Stud