The CPBS is delighted to be associated with this Championship,  and each year sponsor €500 to the  top placed Connemara at the final of Starfinder at which there were 8 pure bred and 1 part bred  Connemara  at the final.  This year the Top Placed Connemara was “Ryans Son”, by Sweetwall Captains Courageous ex Ashbrook Mist by Earl of Castlefrench. This 6yr old Gelding is owned by Robert Fagan of Mullingar Equestrian, and was ridden by Adriano Rolandi, or Nano Healy as he is known to his friends. 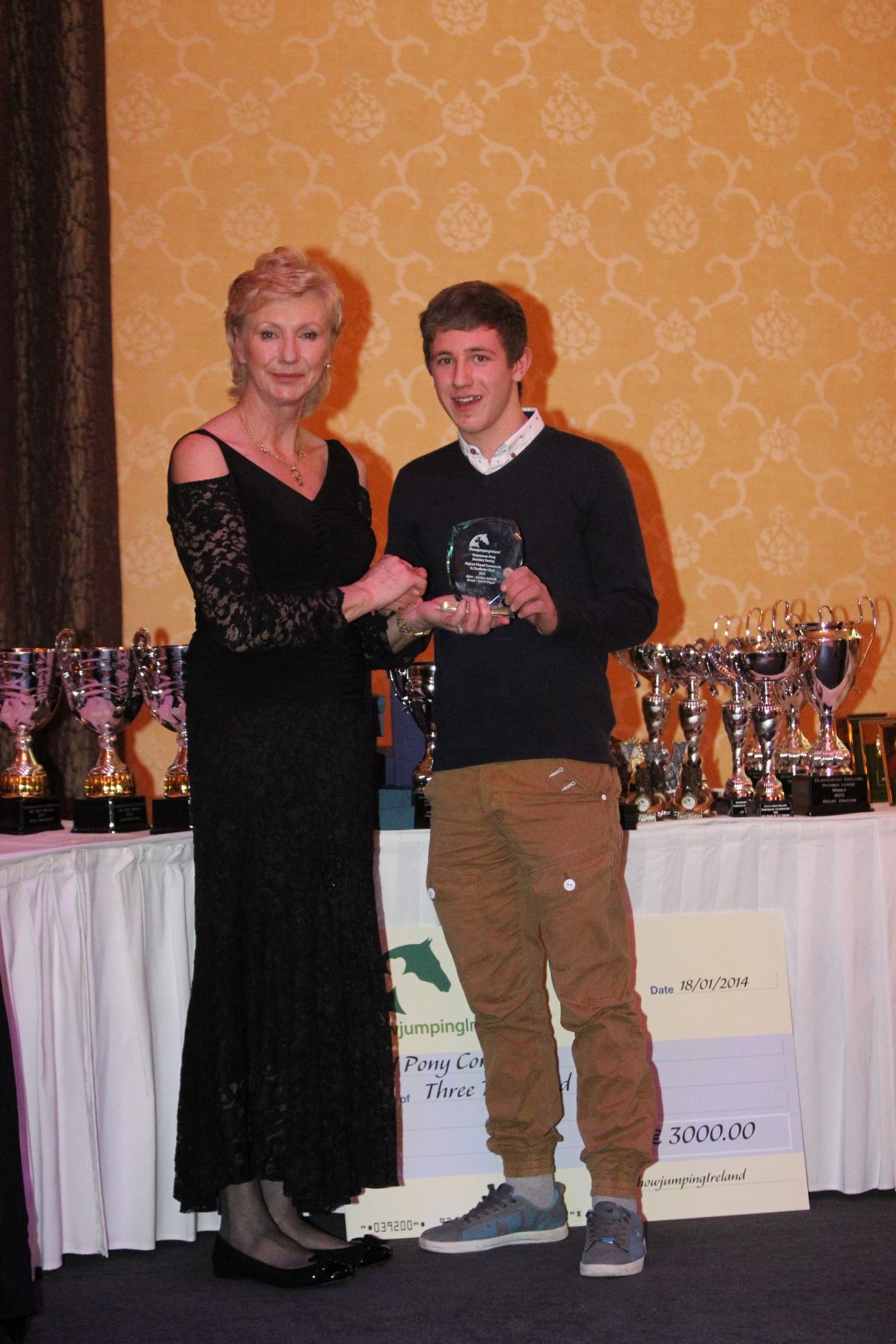 Ann Reade from the CPBS Performance Committee attended the awards on the 18th January at the Mullingar Park Hotel to present Adriano with his award.  Photo courtesy of Laurence Dunne.