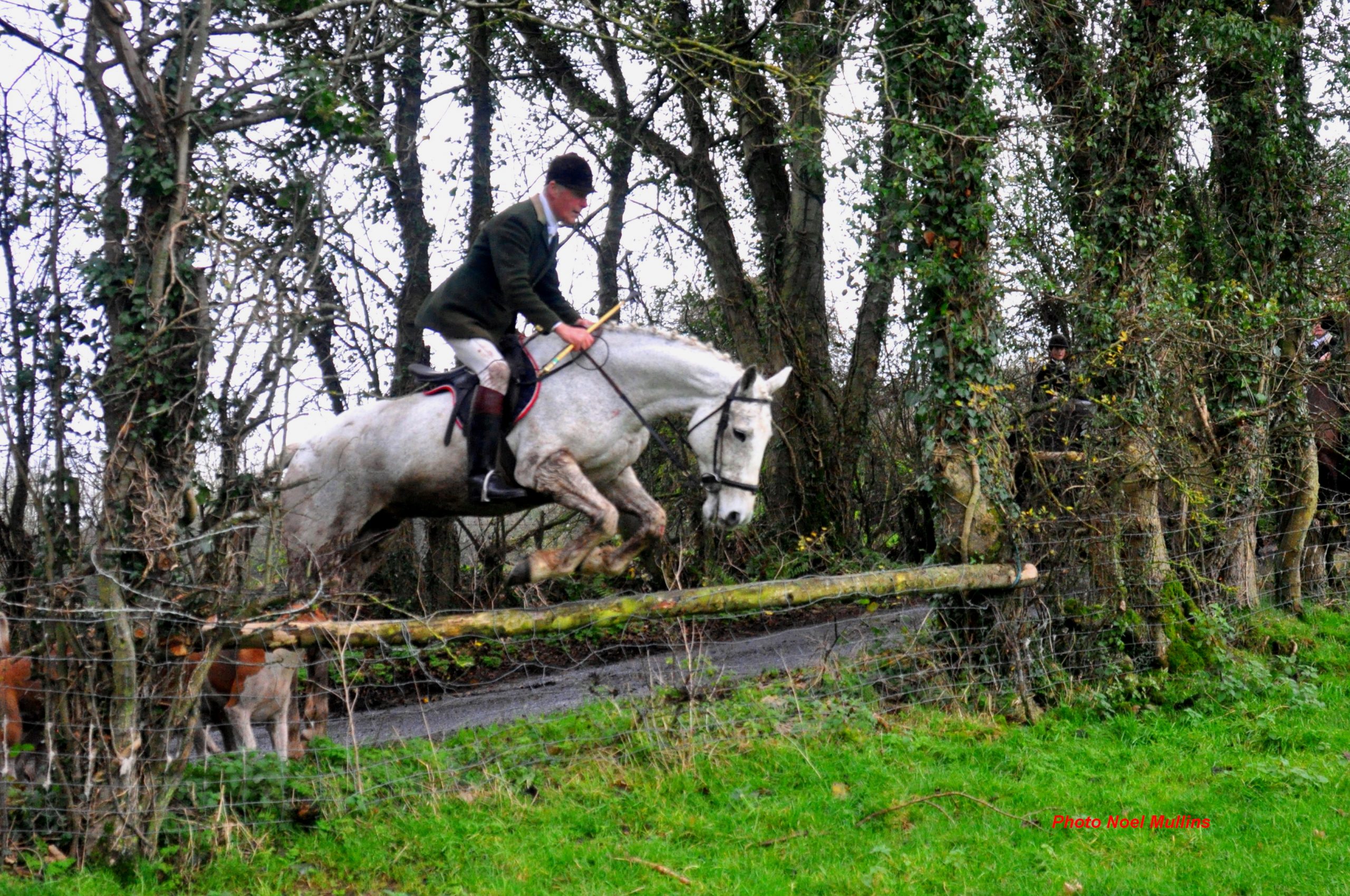 Ginger McCain trainer of the legendary racehorse Red Rum stated that you only needed one good horse to put your name on the map, and Cul Bán Mistress has done that for owner Clive Swindell placing him in the epicenter of competive performance ponies. From Doyle’s Equestrian to the Fontainbleau, France.

Bred in 2008 by Barry Connaire from Athenry, Co Galway, Cul Bán Mistress was the first foal born from Cloneenagh Lass (by: Dunloughan Lad). Barry purchased Cloneenagh Lass from Clifden sales as a three year old and covered her with the Connemara stallion, Silver Shadow (AI).   Silver Shadow spent most of his early years competing on the National circuit in Ireland before he was sold to Italy in 2009 and later to Sweden in 2012.  In 2014 Silver Shadow returned to Ireland, jointly purchased by Liam Diamond from Renvyle, Co Galway and Philip McManus, Claregalway, Co Galway.  Philip was Silver Shadow’s original owner when he competed in Ireland. Philip’s son, John campaigned Silver Shadow along with Michael Duffy, Claregalway while in Ireland.

Clonenagh Lass’ first foal, Cul Bán Mistress was entered into the October sale in Clifden that year and when the hammer fell on lot 1220, Jim Nally from Co Mayo was the highest bidder at €2,500   .

Jim brought her home and she spent her first few years out on grass and was sent away to be broken when she was three.  Jim’s neighbor Marian Shally then took over the training of Cul Ban Mistress and her daughter Alice rode her at training shows.  Jim was looking to sell her or put her in foal and complements the work Marian and her daughter Alice did with Mistress.  He knew she had plenty of athletic ability but said she was difficult to handle.  Entered in the October Clifden sale as a 4 year old, Clive Swindell went to view her at Hanley’s Equestrian Centre and purchased her that day.

A newcomer to the equine world, a painter and decorator by trade, Clive’s initial encounter with Connemara ponies came about when he was painting Bill Holmes house, who is proprietor of Holmestead Saddlery.  Clive purchased two Connemara ponies from Bill for his children.  Clive went on to breed from these ponies but it wasn’t until a discussion with Connemara breeder Michael Harrington from Ballinasloe, Co Galway that ignited Clive’s interest in getting his hands on some performance bred Connemaras.  Clive a self proclaimed newcomer to the sport educated himself on breeding and performance ponies with the help of the CPBS database, internet and speaking to breeders.  Clive also travelled to the Europeans in 2012 to see what is expected to compete at that level.

When Clive brought Mistress home his neighbour Maeve O’Boyle took over riding her.  At the same time the main performance Connemara hitting the headlines was Blackwoodland Rock ridden by Mikey J Pender.  Clive instantly wanted a piece of the action.  In the Easter of 2013, Clive travelled to Doyle’s Equestrian along with Mistress and then rider Maeve.  He met with the Penders and committed Mistress to the remainder of Mikey years in ponies, and so the fairytale story began

Cul Bán Mistress dominance in the ring over the past three years is not a hidden secret but the result of the hard work and preparation from rider Mikey J Pender.  Cul Bán Mistress is not the only Connemara pony that Mikey has achieved great success on.  Mikey’s name has been synonymous with Connemara ponies for the past few years.  Mikey rode Paddy Quinlan’s stallion Blackwoodland Rock (by: I Love You Melody) in the Europeans Championships in 2013 and they were the only double clear for Ireland in the Nations Cup.  Mikey rode another Silver Shadow pony, Doon Laddie, and won a Bronze Medal at the European Championships in Millstreet in 2014. He took the title of the Allianz Starfinder Pony of the Future on Myshall Man in 2014.

When the Pender’s took over the ride of Mistress in Easter 2013 she spent the remainder of that year with Mikey bringing her on slowly through 90cm, 1m, 1.10m and jumping her in a 1.20m at the end of year show in Cavan, only having one fence down in the second round.  As a 6 year old, Mistress qualified for the RDS, winning her qualifier in a field of 84 ponies, finishing 3rd and 6th in Dublin.  They won the 1.20 speed class at Coilog, and later that year travelled to Southview, UK to win the 1.25, and as a result was picked for the Irish team and jumped two super rounds.

In April 2015 they had three back to back wins including the Grand Prix for 7 year olds at Fontainebleau. In June they won a leg of the 148cms  Pony Premier League at Cavan Equestrian and second in the Premier League at Ballinamona and subsequently finished second in the overall Pony Premier league.   They qualified for the Grade A class in the RDS but unfortunately the RDS clashed with the European Championships in Malmo, Sweden.

They won the Grand Prix at Millstreet and won the National Championships at Mullingar Equestrian in August.  In October hey embarked on a two week trip to Europe travelling to Barbizon in France where they won the 1.25m and the 1.35m Grand Prix and from there they travelled to Chevenez, Switzerland.  Mistress and Mikey won their first competition in Chevenez and were then chosen for the Nations Cup team jumping the only two clear rounds for Ireland.  Later that month when back on home soil they were part of the winning team at the Pony Owners show in Millstreet jumping two clear rounds.

Cul Bán Mistress and Mikey ended their time together with their win in the 148cm Home Pony International  Grand Prix in Southview, UK in November, totaling five grand Prix wins in 2015.   December 2015 will see Mikey J Pender time with ponies come to an end as he makes the transition into horses.  The Conneamra Pony Breeders’ Society would like to wish him the best in his future career.  Clive is sorry to lose Mikey but cannot emphasize the superb job and professionalism of Mikey and his mother Ann Marie, along with Ciara Corcoran who rode Mistress at home.   He commends their work ethic, knowledge and talent.

Mistress is currently on a break and while Clive has declined many attractive offers, Mistress will remain here and continue to fly the flag for Ireland with new rider Holly Codd under the watchful eye of Denis Flannely, whom also trained Mikey J Pender.

Clive’s ultimate goal is to breed a Connemara stallion from Cul Bán Mistress.   A process which has already begun, he currently has completed two embryo transfers successfully carried out by Larry Dunne (Veterinary Surgeon). Clive currently owns over twenty connemara ponies, all from performance breeding lines, he is a passionate advocate for breeding performance, however is the first to admit that it’s only a hobby.  He has a string of ponies coming up the ranks, all with performance breeding from Poetic Justice, I Love You Melody, Dexter Leam Pondi, Gun Smoke and Ice On Fire.  Clive purchased a full sister and brother to Blackwoodland Rock from Niall O’Neill of Glencroft Connemara Performance Ponies and hopes they will be one’s to watch in the future.  Clive also purchased a foal from Joan Dolan, who he holds high hopes for, now a four year old mare Kilpatrick Shadow has started her performance career (by Silver Shadow and ex Monaghanstown Fred mare).  Clive hopes to offer these performance bloodlines through his stallions which he hopes to stand with Sean Lydon from Watervalley Stud, Ballinasloe from next season.