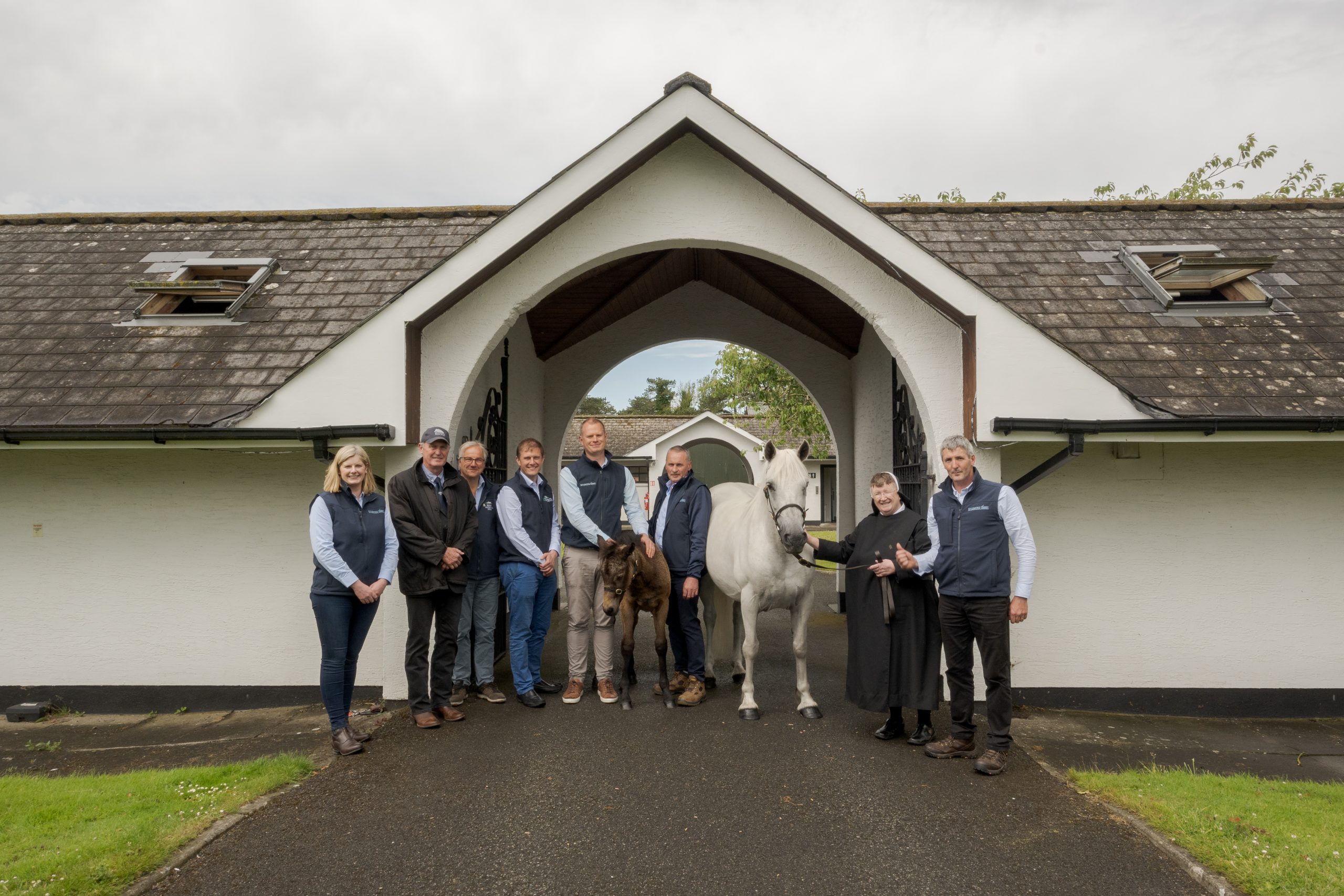 A new partnership has been formed between Kylemore Abbey and the Irish National Stud. As two of Ireland’s leading visitor attractions, both with an equine interest, this partnership will see the west and east coast of the country come together to offer visitors to the National Stud an opportunity to see a beautiful Connemara mare and her colt foal alongside world famous thoroughbred sires and  racehorse legends such as “Beef or Salmon” and “Hurricane Fly”. 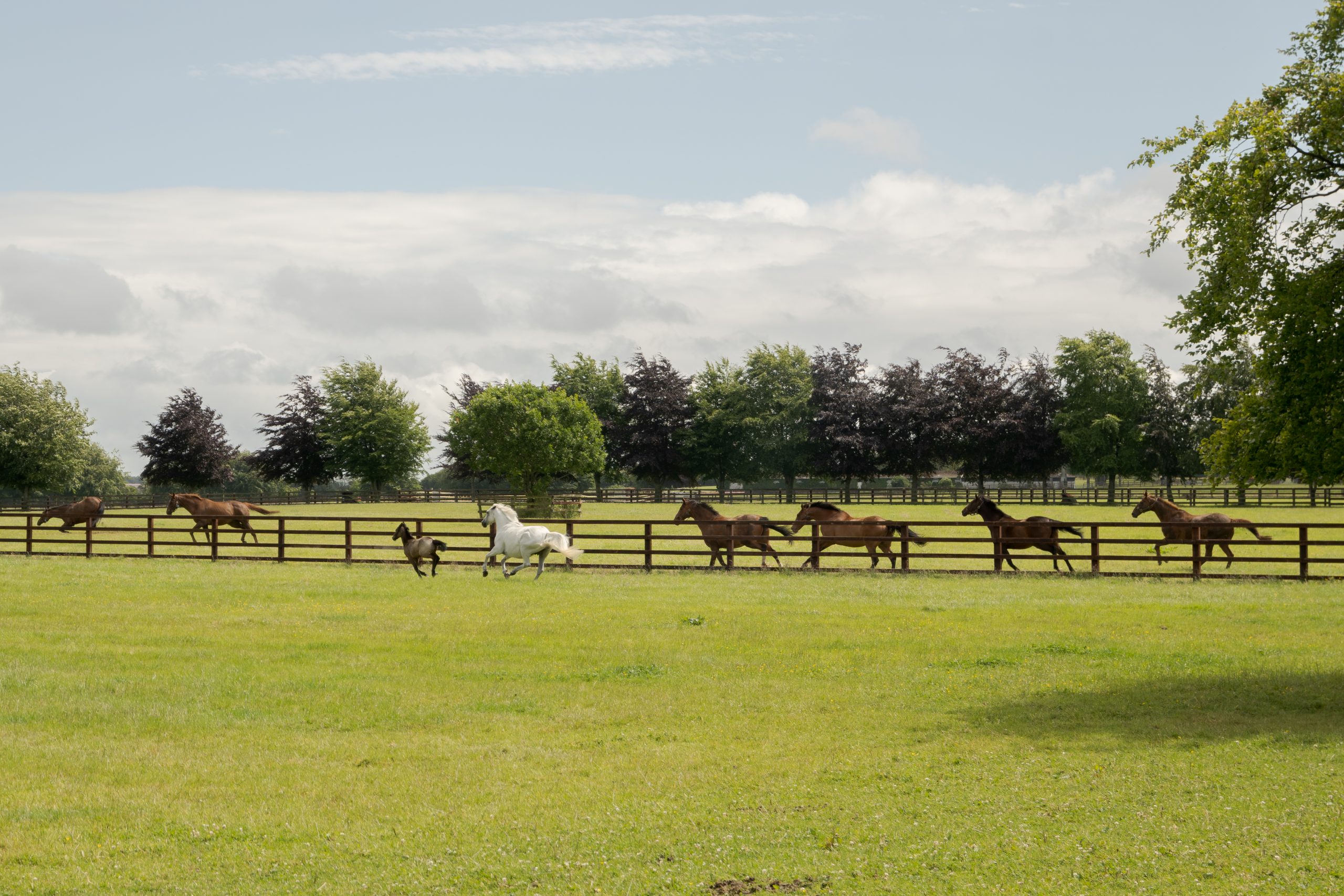 “The Irish National Stud and Gardens are delighted to welcome the beautiful Gray Lass and her colt foal Peaceful Promise from the iconic visitor attraction, Kylemore Abbey. They will be here for the summer months show casing Ireland’s wonderful national breed of Pony” (David Wardell, Tourism Manager, Irish National Stud).

The 250,000 visitors, who visit the National Stud on an annual basis will be able to learn more about the Connemara pony from interpretive signage, like that found on Kylemore’s Pony Trail. This offers a wonderful chance to promote the Connemara breed, both in Ireland and abroad. Gray Lass (affectionately known as Snowy) and her colt foal have taken centre stage in the National Stud, grazing in the paddock directly in front of the new immersive Irish Racehorse Experience. The partnership is something much appreciated by the Connemara pony lovers, as David Sheedy, President of the Connemara Pony Breeders Society points out, “We are delighted with this wonderful initiative between Kylemore Abbey and The National Stud and look forward to seeing our Connemara pony take its place amongst some of the most wonderful horses in the world.”

Since the arrival of the Connemara pony herd in Kylemore Abbey in 2019, they have become a key part of the visitor experience with daily feedings, opportunities for visitors to name the new foals online, and a pony trail with interesting, fun signage running along the pony paddock which illustrates why the Connemara Pony is sought after worldwide as both a performance pony and as a trusted family pony. Speaking about the significance of this partnership, Conor Coyne, CEO of Kylemore Abbey said “We are very proud, in Kylemore Abbey, to share our love of the Connemara Pony with our friends at the Irish National Stud and Gardens. Kylemore Abbey has a long-standing tradition of promoting the best of the West of Ireland and this partnership will bring the national breed of Pony to Ireland’s showcase for all things equine”.

Kylemore Abbey is open daily and tickets can be booked online by visiting www.kylemoreabbey.com. The Irish National Stud is also open daily and online bookings can be made on www.irishnationalstud.ie.