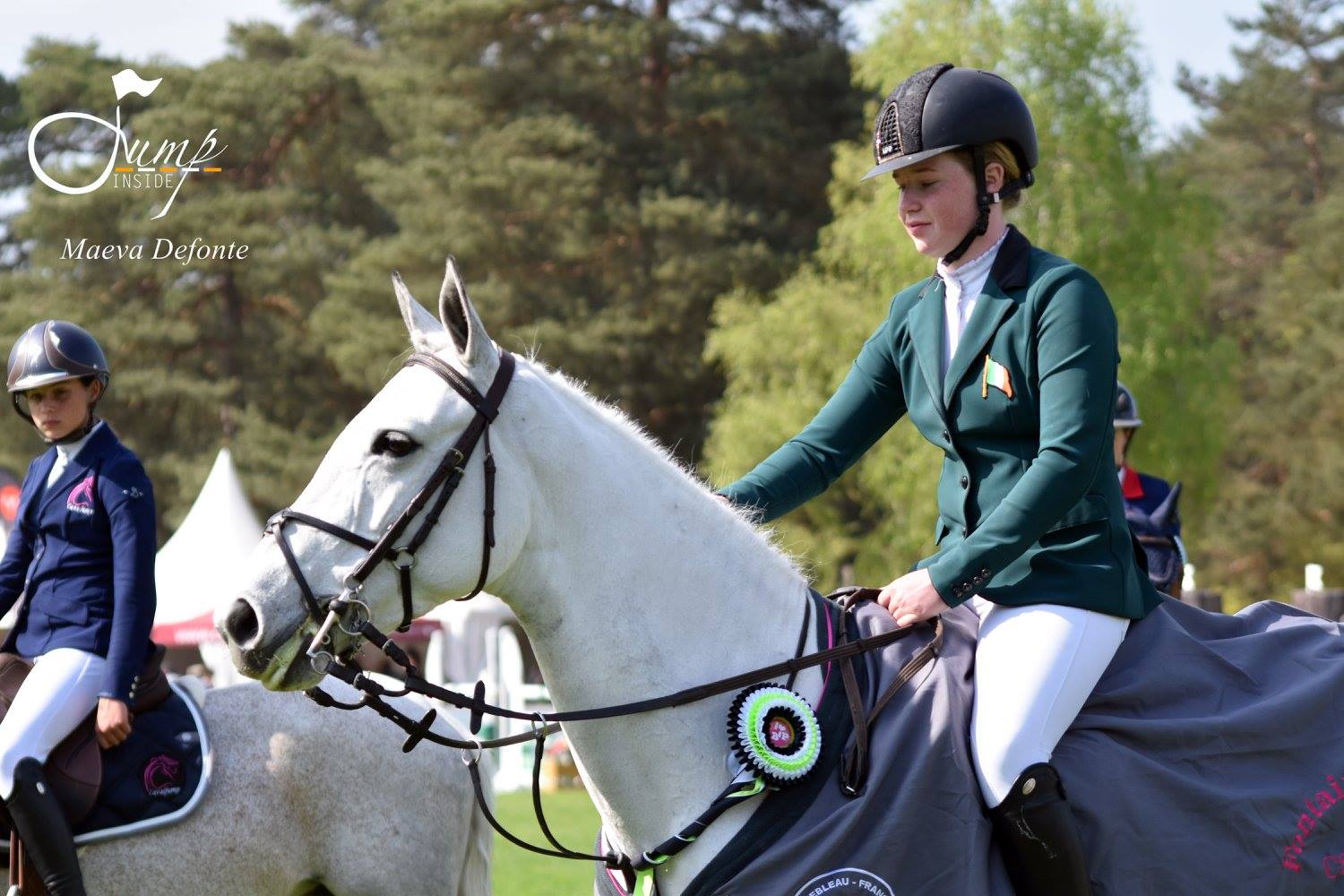 What a weekend for the Connemara pony. Cul Ban Mistress (by: Silver Shadow, ex: Cloneenagh Lass (by: Dunloughan Lad) winning the GP in Fontainebleau, France and securing a third placing for Ireland in the Nations Cup BIP. Cul Ban Mistress was bred by Barry Connaire, Co Galway and is owned by Clive Swindell and ridden by the very talented Kate Derwin. Clive also had another Connemara pony a Silver Shadow pony, Kilpatrick Shadow (ex: Kilpatrick Cuisle (by: Monaghanstown Fred) ridden by Robyn Fagan (twin sister of Chloe)  jumped clear on all three days and placed 2nd in the 1 20 CSIYP competing in Fontainebleau. Boo Radley (by: Bawn Dusty, ex: Ballybrit Lass (by: Westside Mirah) owned by Alan Hynes from Glenamaddy Equestrian Centre and bred by Martin Regan, Co Roscommon and ridden by Chloe Fagan were placed 5th in the 6 yr old Grand Prix.

Blackwoodland Rock ridden by Julia Engelsman (by: I Love You Melody, ex: Grey Rock Trish (by: Derrigragh Robin) was placed 2nd in the Nations Cup for the Dutch team.  Carraig Donn (by Andy’s Pride, ex: Prospect Cloud (by: Robin Hood) bred by Sean Bourke, Co Mayo placed the best on the Swedish team.  Congratulations to all and a super results for our native pony #connemarapony

Ireland at the top of the board !