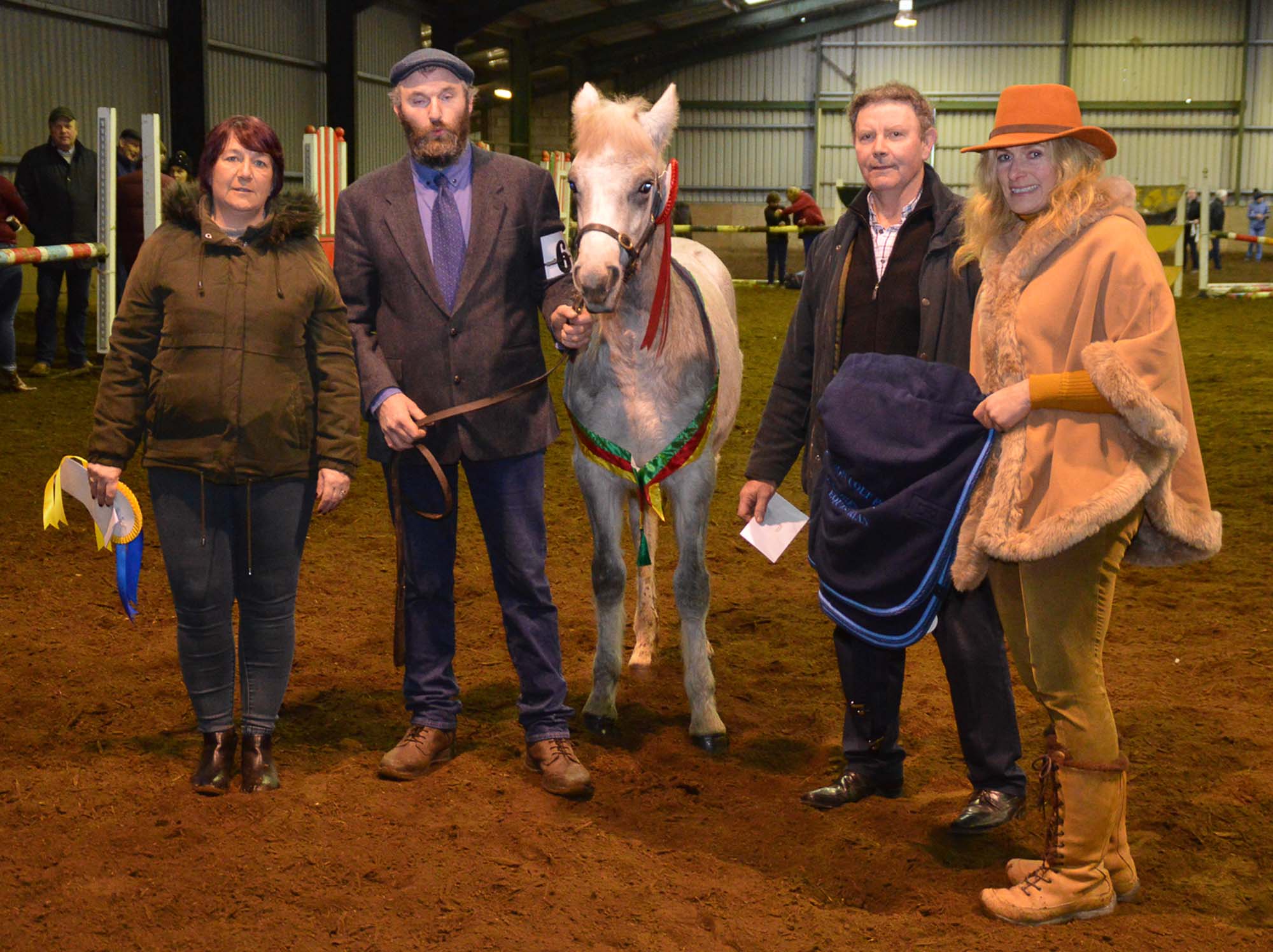 The Connemara Pony Breeders’ Society held its Sixth Annual Christmas Show at Creagh Equestrian Centre, Ballinasloe on Sunday 15th December. A 9am start had been planned but with freezing temperatures and icy roads jumping didn’t get underway until 10am with the 70cm class. There were five double clears out of a total of twelve entries with Jack O’Shaughnessy (Ballinamore Sweetwall Lady), Lara Field (Creganna Kerfuffle), Vivienne Naughton (Cloonross), Michaela McCarroll (Corbo Bobby) and Emma Kella (Fortruane Bramble Earl) shared the prize fund of 150 euros. This class was sponsored by Ballinasloe Credit Union and Murray Feeds, Ballinasloe, Co Galway. 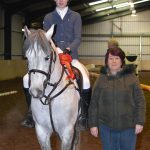 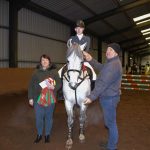 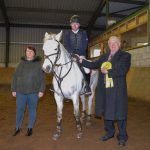 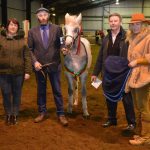 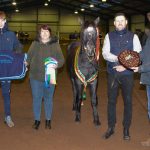 The 80 cm course (sponsored by Gullanes Hotel and Finbarr Ward) had a total of ten competitors going against the clock. Karen Fox on Roadside Caitriona made the grade here with a time of 40.32 secs, closely followed Vivienne Naughton and Cloonross in second place. Chequerhill Water Lily and Jack Martin came in third with 45.85 secs. Competition was tight with three double clears in the 90 cm, sponsored by Larch Hill Sports Horses. Roger Joyce’s  Aughnanure Leo ridden by Joshua Joyce took first prize in a time of 32.64 secs, followed by Aine McLoughlin (March Thunderball) 34.10 secs and  Jane Field on Creganna Dandini, owned by Marjorie Hardiman, 39.94 secs. With everyone nicely warmed up seven competed in the 1m class, sponsored by Horse Sport Ireland where Joshua Joyce and Aughnanure Leo took top prize, Boston Burglar and Leo Dunne were in second, followed by Niamh Ruane and Irish Cousin  third.

Thank you to Damien Carey for building the course, judge Sally Carey, all the very generous sponsors and venue owner Sean Carey. (Include pics 1,2,3,4,5 after this paragraph)

Santa kindly dropped in after the foal classes to say hi to all the children.

Congratulations to all the winners and competitors. 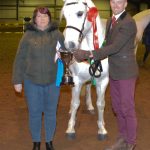