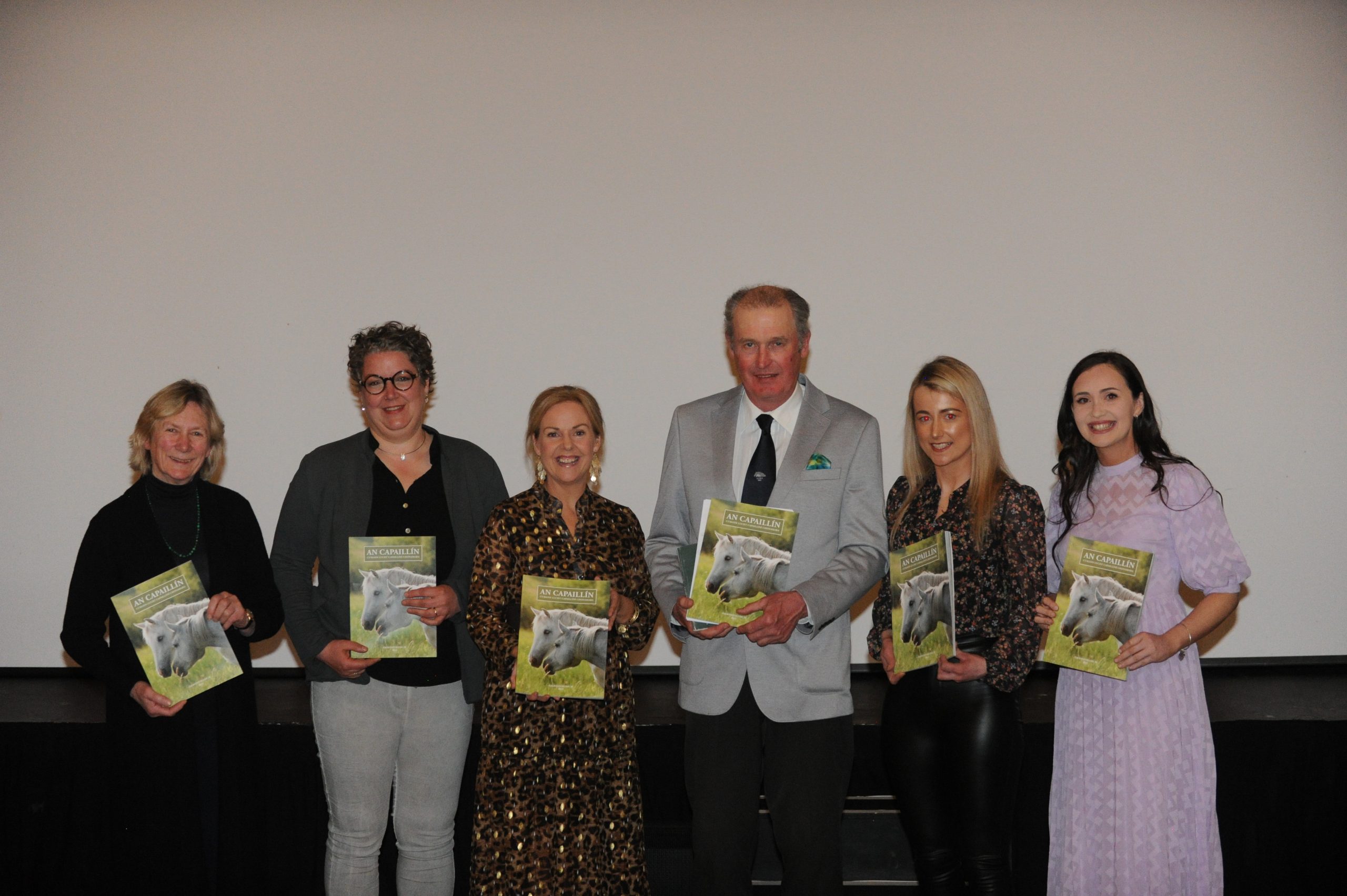 Clifden woke to a stunningly beautiful cloudless azure blue sky and blazing sunshine last Saturday for the final day of three devoted to the spring colt inspections and the beginning of the Annual Spring Weekend. The colt inspections, moving from Creagh (Thursday and Friday) on to Clifden, overall attracted 45 entries with 20 achieving Class 1, and 9 placed in Class 2. The final seven that morning, were put through their paces by the inspectors ably assisted by the new recently trained arena party in the now extended and fenced sand arena at the top of the Showgrounds. How good was it to see spectators at the ringside, especially those from overseas? All credit is due to the Inspection Committee for the very competently and smoothly run inspections over the three days.

This was the first opportunity to use the CPBS headquarters in two years due to the pandemic, and having suffered a lake of water after the devastating floods of November 2020 causing an enormous amount of damage to the river bank and rings, all was now in pristine condition –the rings entirely re-fenced, river  bank re-armoured – and ready for business. All credit to the CPBS Show and Grounds Committee, contractor Colin Connolly and the many helpers and friends who worked tirelessly to restore the grounds. It was good to be back!

Breeders spent Saturday afternoon with vet Niamh Walch (McCormack) from Western Veterinary at a practical workshop organised by the Education Committee. It included a talk on the therapy of using leeches to remove stagnant blood pooling in wounds as well as an opportunity for an extensive questions and answers session and explanation for breeders of the linear profile sheet, again with pony.

A large crowd gathered in the Station House Theatre that evening for a trio of events. The launch of the substantial 20th edition of An Capaillin 2022 (having missed two years) by current President Dave Sheedy (which may be purchased on line or through the office at E10 plus postage), the Hall of Fame Awards presented by previous President Ann Marie Conroy to long serving and outstanding contributors to the breed,  and an extremely interesting illustrated Bartley O’Sullivan lecture by former President Tom MacLochlainn on the legacy and influence the Connemara ponies of the 1950s have given to the modern day breeder.

The Hall of Fame Awards were very special and gave a wonderful local atmosphere to the evening: the lifelong commitment of Anthony Heanue of Derrylough Stud, Derryinver where his foundation mare Janie, was born in 1961 out of his father’s mare Cloon Bay – this mare line has remained in the family farm since, where there now resides a seventh generation mare Derrylough Nellie;

Esther Feeney with the ‘Atlantic’ prefix originally from Spiddal now based in Moycullen and who has a variety of the best bloodlines including Boden Park Finnard, Cloonisle Cashel, Glencarrig Prince, Spinway Comet and I Love You Melody in her mares and many championships under her belt; Joe McCann winner of the 1998 Supreme Championship with Mayday Cuckoo and founder member of Ballyconneely Show;  Eamonn King of the ‘Glann’ prefix and an outstanding herd of broodmares from Oughterard; Feichin King breeder of many winning foals and Bunowen Castle Rí a HOYS and Olympia Champion and also founder member of Ballyconneely Show; and Eddie Madden whose family have been involved since 1939 when they purchased the colt Irish Star at the show in Carna and the rest is as they say is history having had many championships with Gloves Misty and her foals Canal Misty Fionn and Poetic Justice, the latter a top performance pony in France and Sweden; all these outstanding contributors to the breed were honoured and the CPBS were very proud to be able to welcome and honour them and their families to the Station House Theatre on Saturday evening.

Yet another beautiful day dawned on Sunday and a small group of younger breeders made a pleasing informal sight on the steps of the main building in the morning to discuss many things equine with council members Ulla Dorothea Connolly and Eimear Coleman. This occasion was sponsored by Horse Sport Ireland and it is hoped to have many more such events in the future.

The Grand Finale of the Spring Weekend was the Stallion Parade. Twenty-eight beautifully turned out stallions and colts paraded in Ring One to accompanying commentary by Emer McNamara and Eleanor Curran. Live streamed, there were many complimentary comments, particularly from abroad as many still do not have the confidence to travel.

All in all it was a great weekend. Thank you to everyone who contributed to the major job of ground repair and preparation, and organising the various events. Thank you to Horse Sport Ireland for sponsoring the Stallion Parade and the educational workshops. As always many such events would not be possible without their continued support and the CPBS gratefully acknowledge this. Moving forward, roll on August and the Annual Connemara Pony Show, this year from 8th to 12thAugust, 2022. 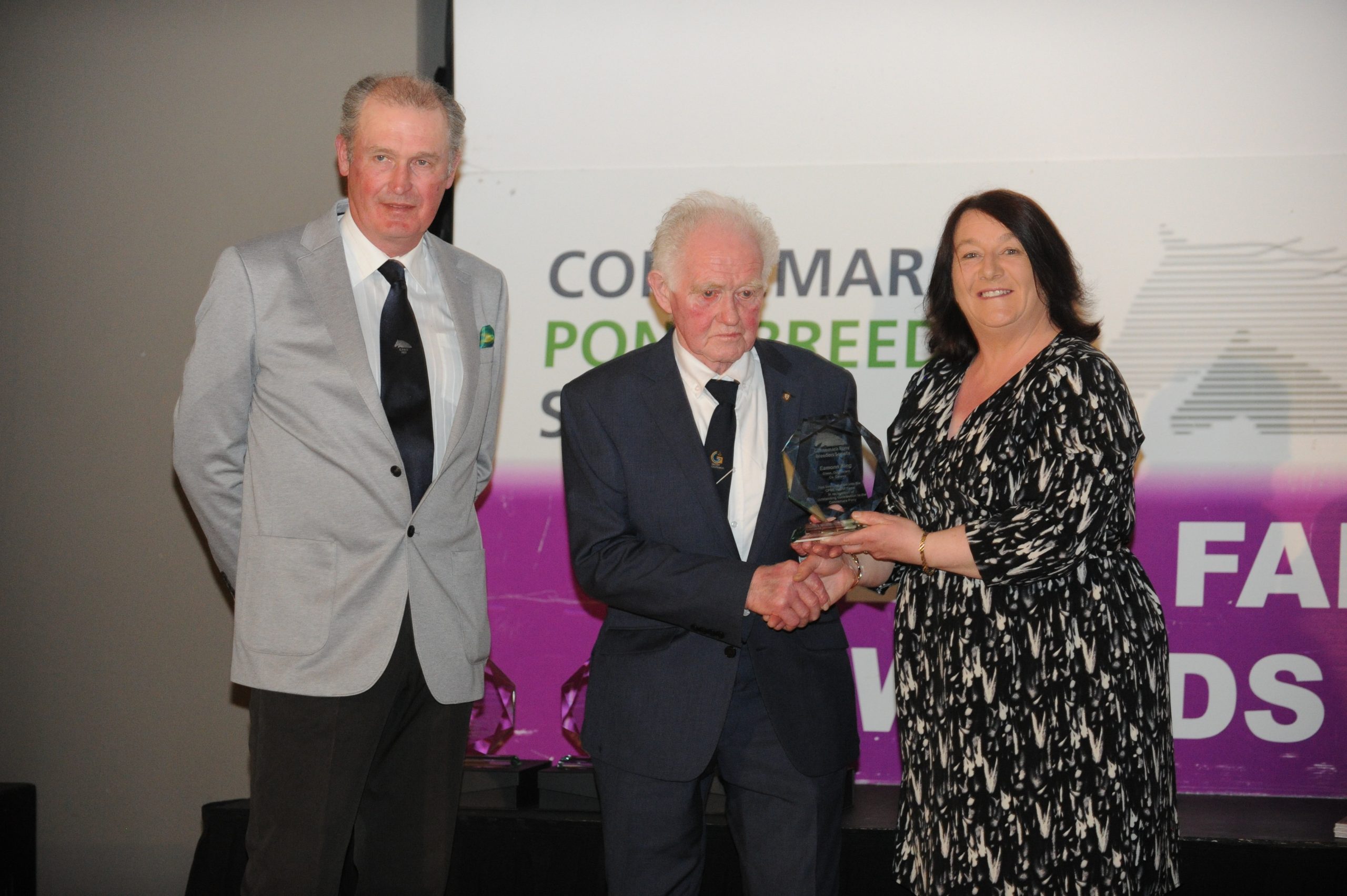 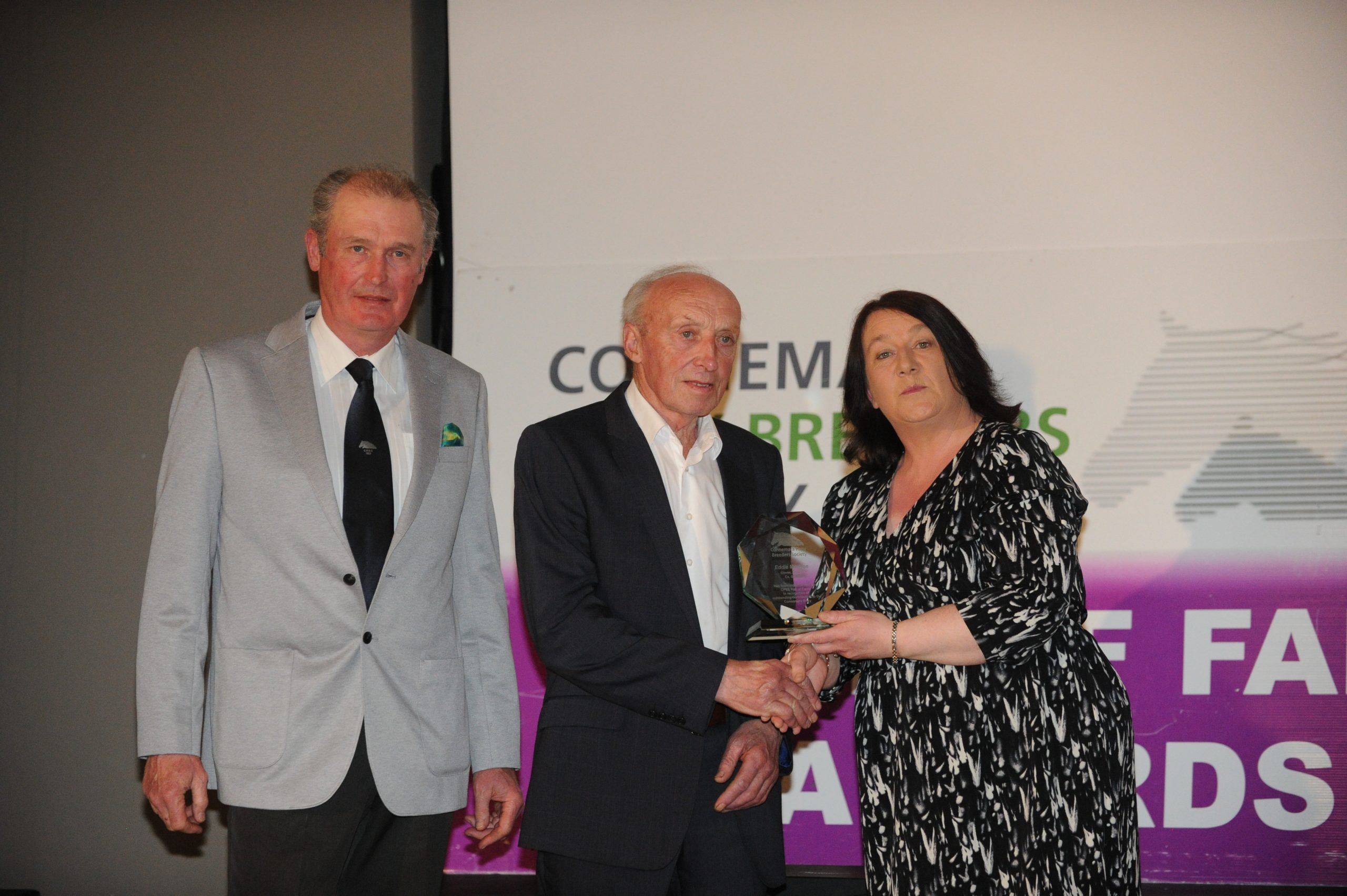 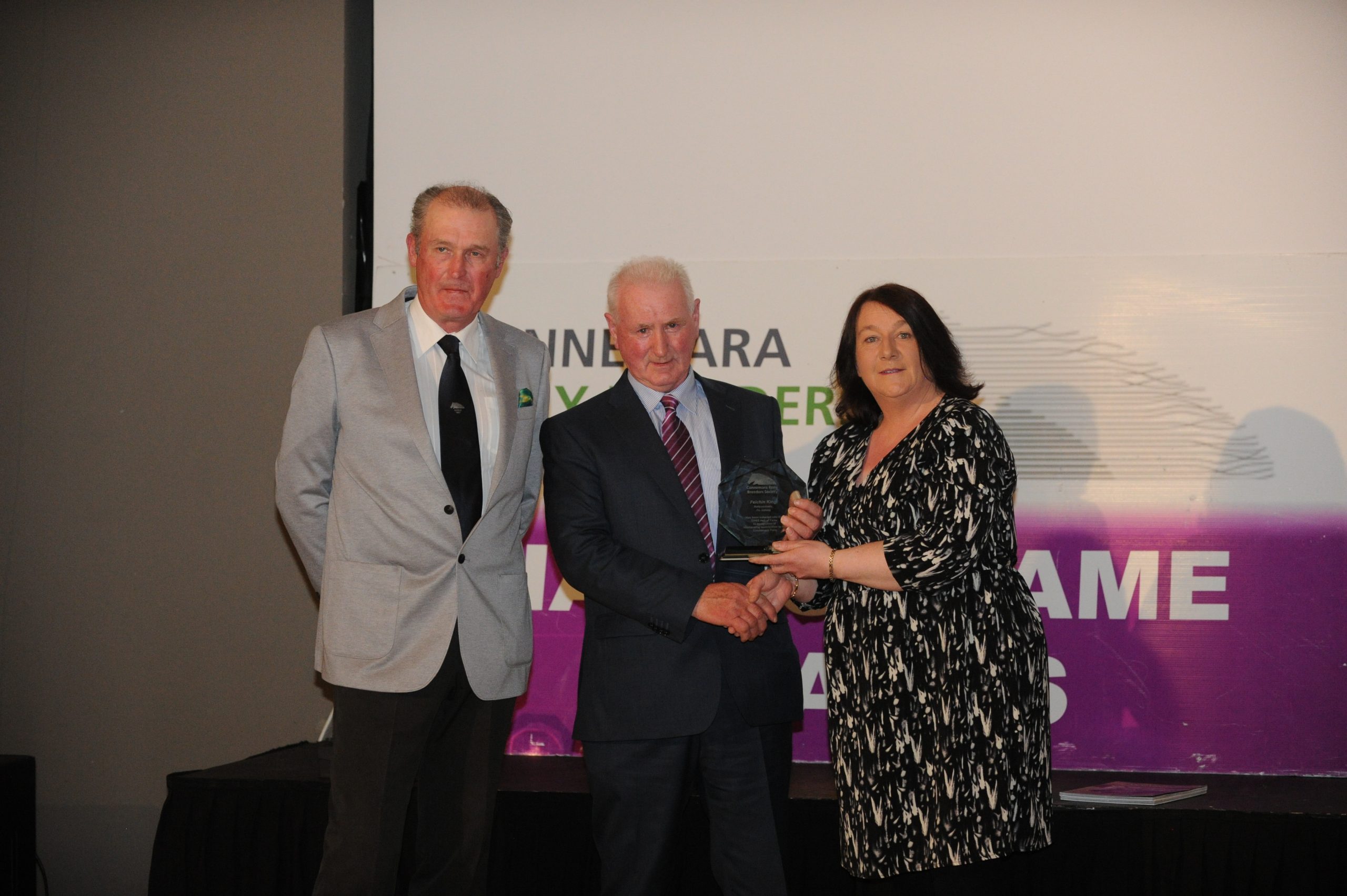 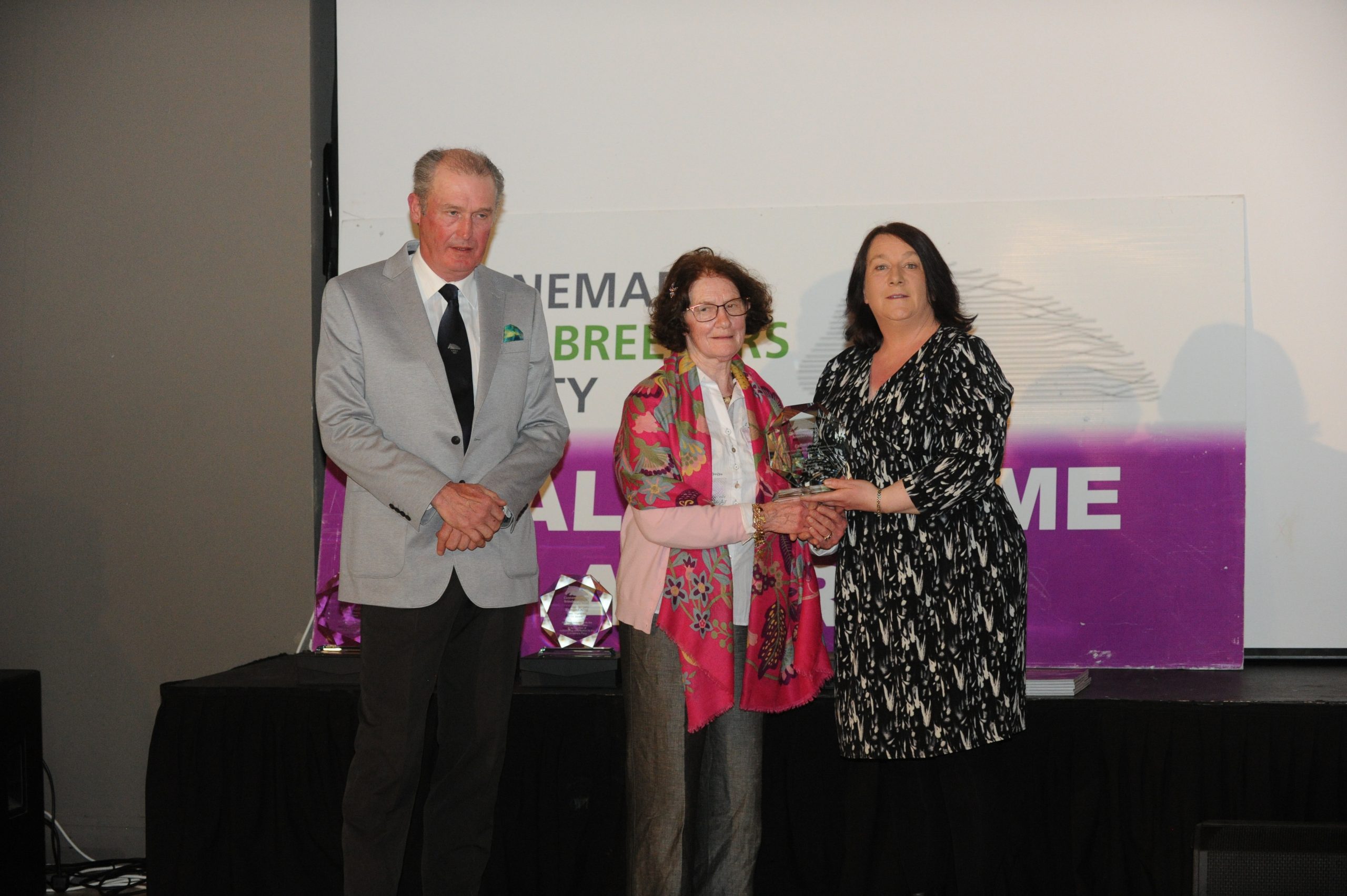 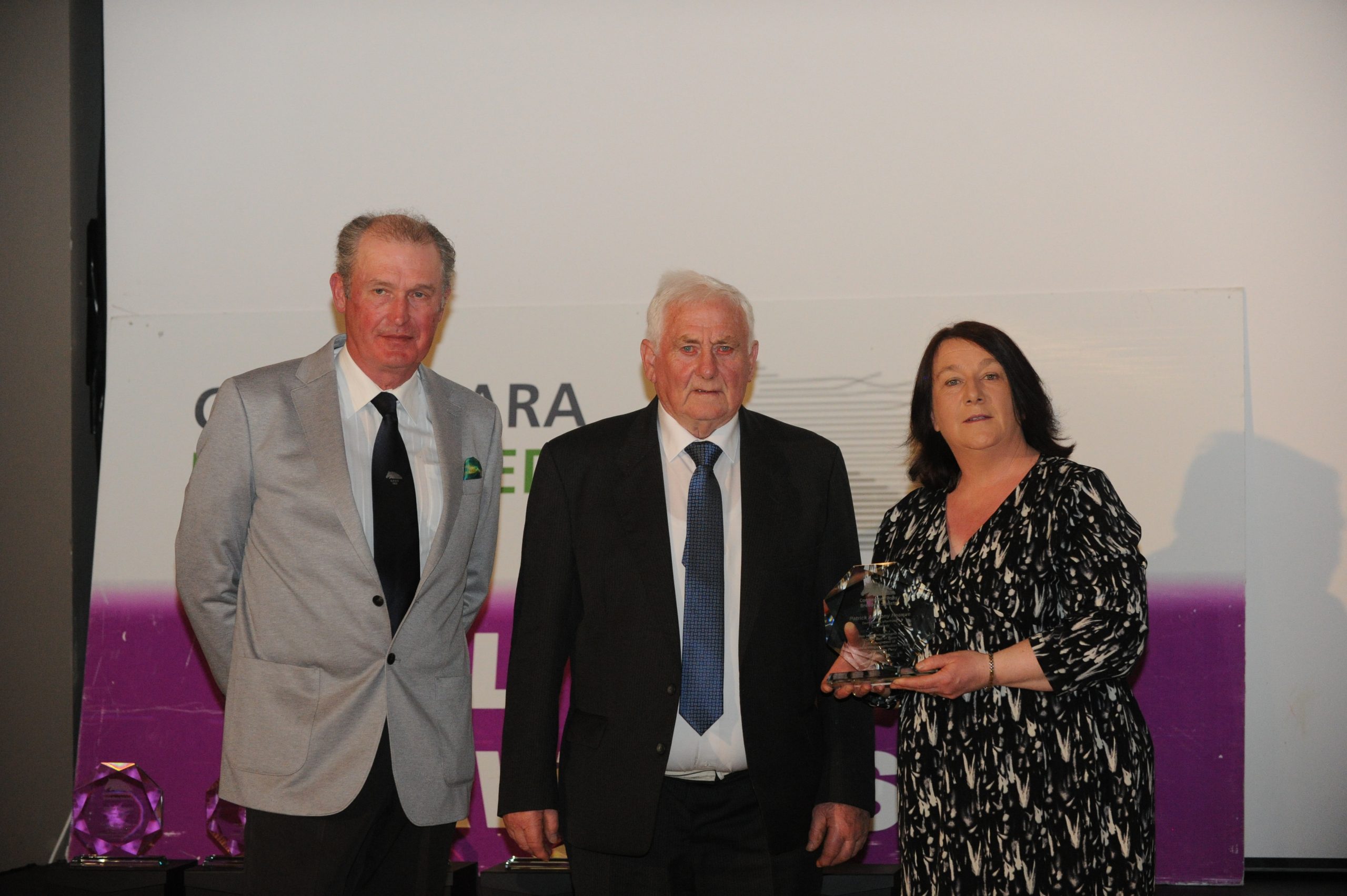 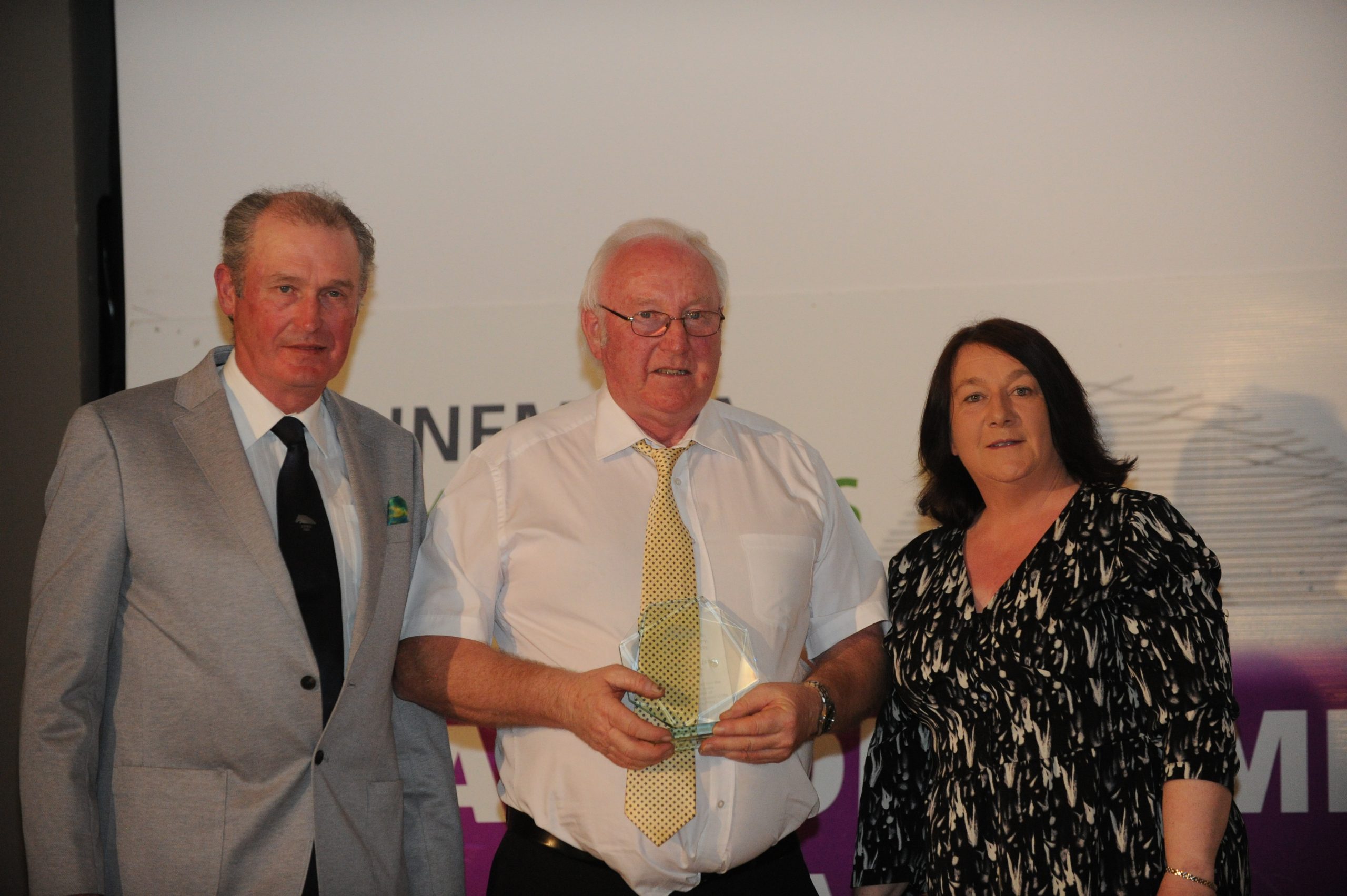