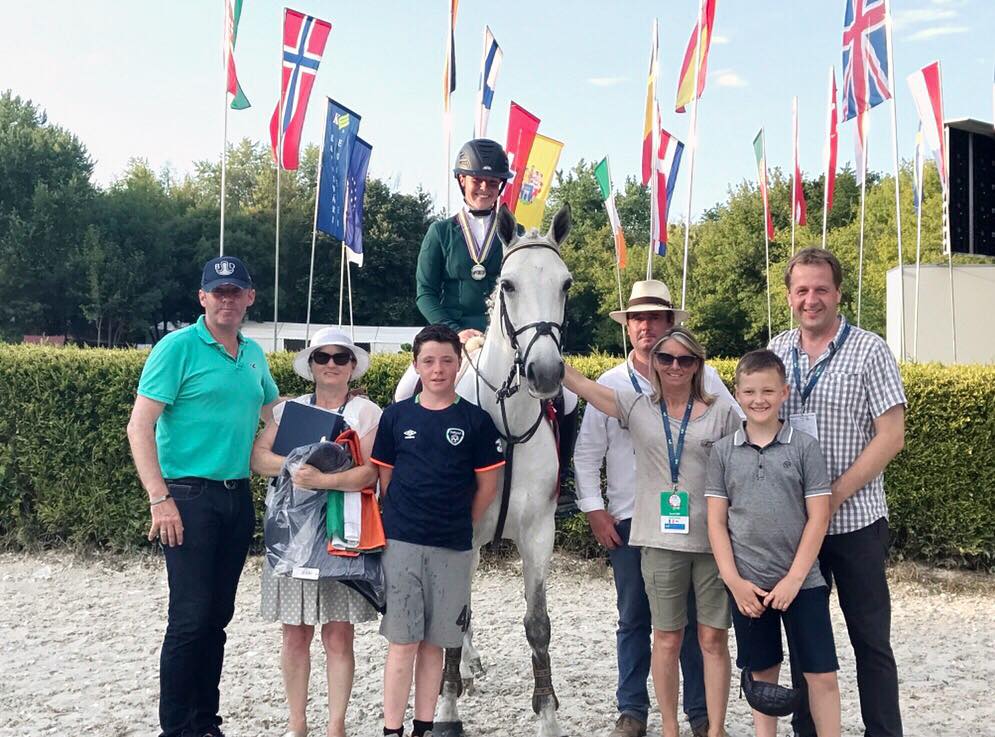 Kate and Cul Ban Mistress finished with just 4 faults over the five rounds of jumping.

Kate treated everyone to a rendition of the Irish national anthem while collecting her medal from the podium alongside her Irish team mate, Harry Allen who won the individual gold.

Next stop is on home ground at the RDS next week.

Well done to all their connections and owner Clive Swindell