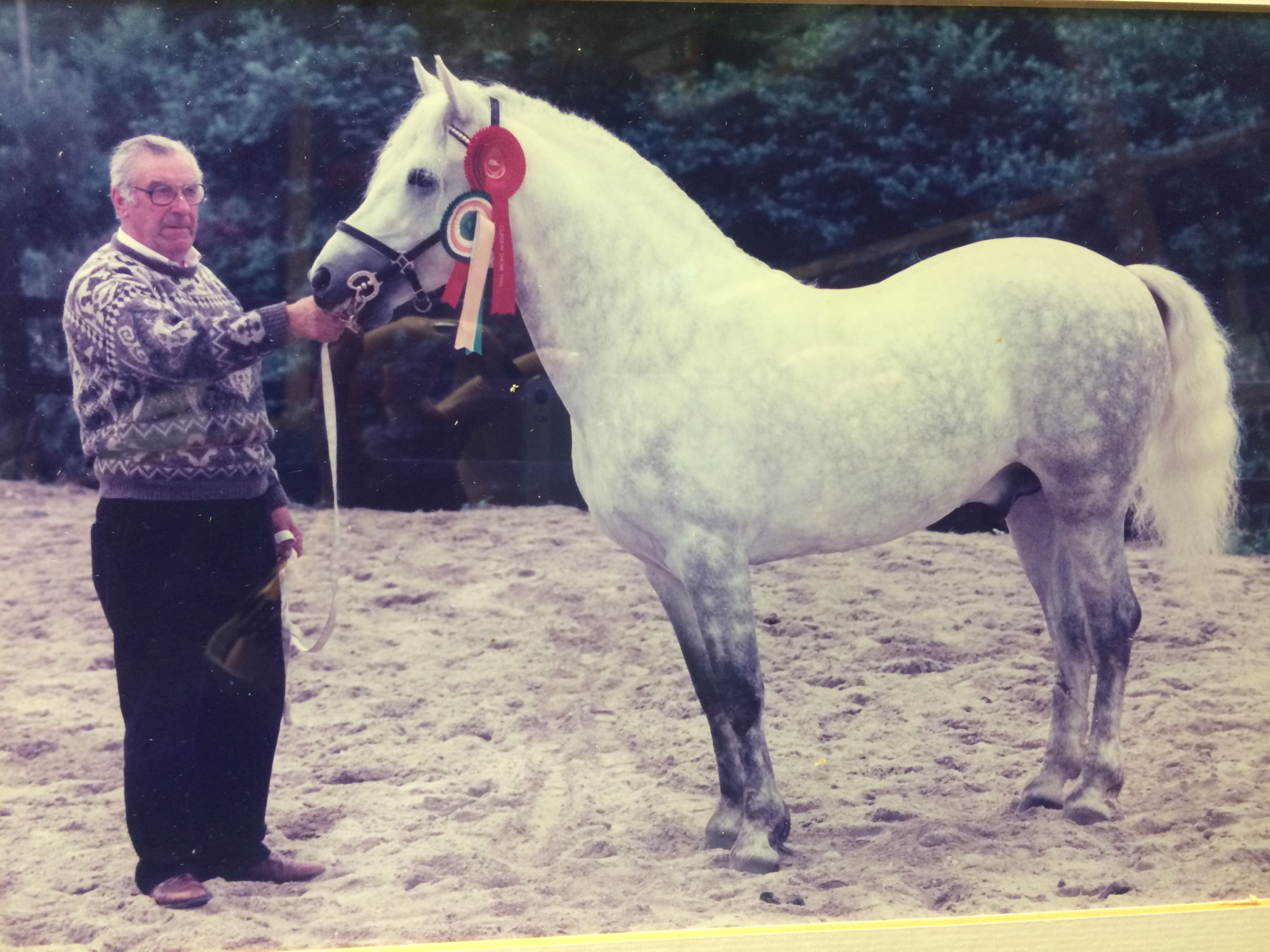 The years have passed and there is now a generation or two of pony breeders who never saw the stallion keepers of yesteryear pedalling the roads of Connemara with a Society stallion alongside.

The first Council of the early twenties may have taken the decisions to buy the best available stallions and to place them throughout the pony breeding district in order to improve the stock but it fell to the stallion men to put this strategy into action. In almost a hundred years of breeding it was, arguably, the stallion keepers who made the greatest contribution of all. In the process they became immensely knowledgeable and attained a highly regarded status in the community.

Some vividly remember seeing them at evening time. Others fondly remember hearing them in the early hours. ‘Bhain said siansach(music/harmony) as an mbóthar’ it was said of them as they clip clopped home under the summer moon. Man, bike and pony taking turns to lead.

Tommy O Brien has given more service than most and his passing leaves a void. He first kept a stallion for the Society when he took on Ben Lettery- a most plain individual- in 1963. In the same year Josie Conroy, another great stalwart in the story of the pony, started with the mould-breaking Carna Dun. Now Tommy and Josie are together again.

Mervyn Storm, Ardilaun, Clonjoy, Roundstone Oscar followed in Ballinafad and then in ’74 Tommy got his first big star- Rebel Wind. Three years later came Ormond Oliver, followed by Maam Hill and then two hugely important ponies- Killyreagh Kim and Abbeyleix Owen. Ashfield Festy was next and finally that great favourite of so many- Village Boy.

An inspiration to many Tommy himself was inspired by the carters of his youth. He regaled with stories about Johnny Conroy and Michael Joyce of Glencorbett He loved to tell about Martin Mulkerins and his wife coming home with their pony and cart from Ballinrobe and racing against Joe Mannion with his big red mare and sidecar. He talked of long nights in wind and rain. He enjoyed drinks after hours in Cashel with Tommy Mac Donagh while the stallion was tied up outside.

He couldn’t or wouldn’t name his favourite. It may have been Kim or Oliver. Or did he like the last one best of all?” Great times” he said recalling them down the years “and great people. Out all night and plenty of porter”! A wonderful man who enjoyed every minute of the journey. It was fun.

From all of us Tommy. THANKS.