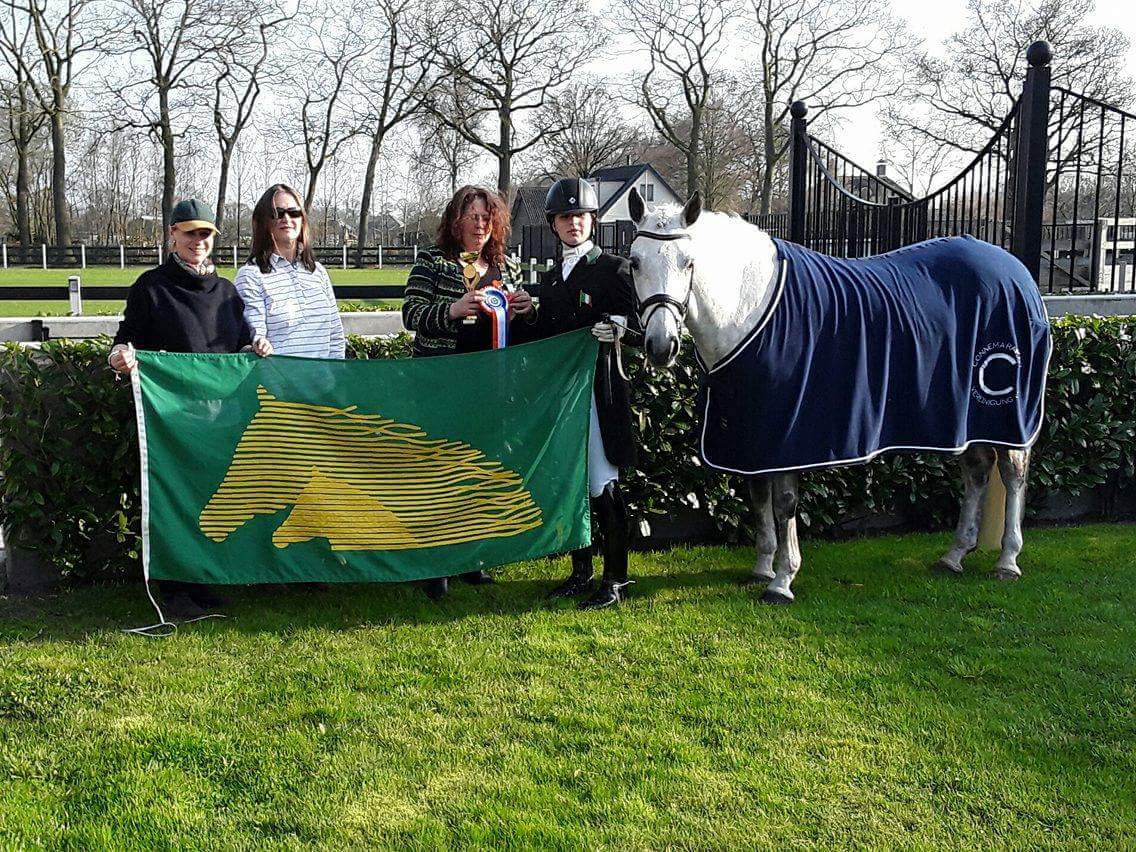 Congratulations to Carn Verdon Boy and Alana Cazabon on their dressage win at the Netherlands Connemara Pony Show at the weekend with an impressive score of 78%.  The CPBS are proud to sponsor Carn Verdon Boy who is currently stabled in one of the top dressage yards in Holland, Stal Hexiagan under the instruction of Leunus & Laurens van Lieren  http://www.stalhexagon.nl/en/

Carn Verdon Boy only started his dressage career in November 2015 when Judy Cazabon, Siobhan & Alana took over his training. Under their instruction he has already achieved Regional & National success & moved through the levels very quickly. He is now training at Advanced Medium level in Holland and has potential to reach Prix St. George level. Alana & Darcy are an incredible duo, they have competed against the best warmblood horses in the country and this little Connie has nearly always come out on top.

He was purchased  in March 2013 as a five year old, unhandled and owners Derirdre & Joan knew from an early stage this Connemara pony was very special.  They broke & schooled him at home in Oughterard.  His success not only lies in the dressage ring as he has had numerous ridden wins & championships under his belt including winning first place in the U14 ridden class in Clifden in 2014.  He has also been a winner in hand on many occasions, Galway County, Athlone, Westport, Ballyconneely to name but a few. Carn Verdon Boy aka Darcy has also been successful in both Ridden Show hunter & in hand classes, and has taken part in working hunter clinics & also taken a red in a Side Saddle class.

The CPBS would like to congratulate the Netherlands Connemara Pony Society on their 50th Anniversary.