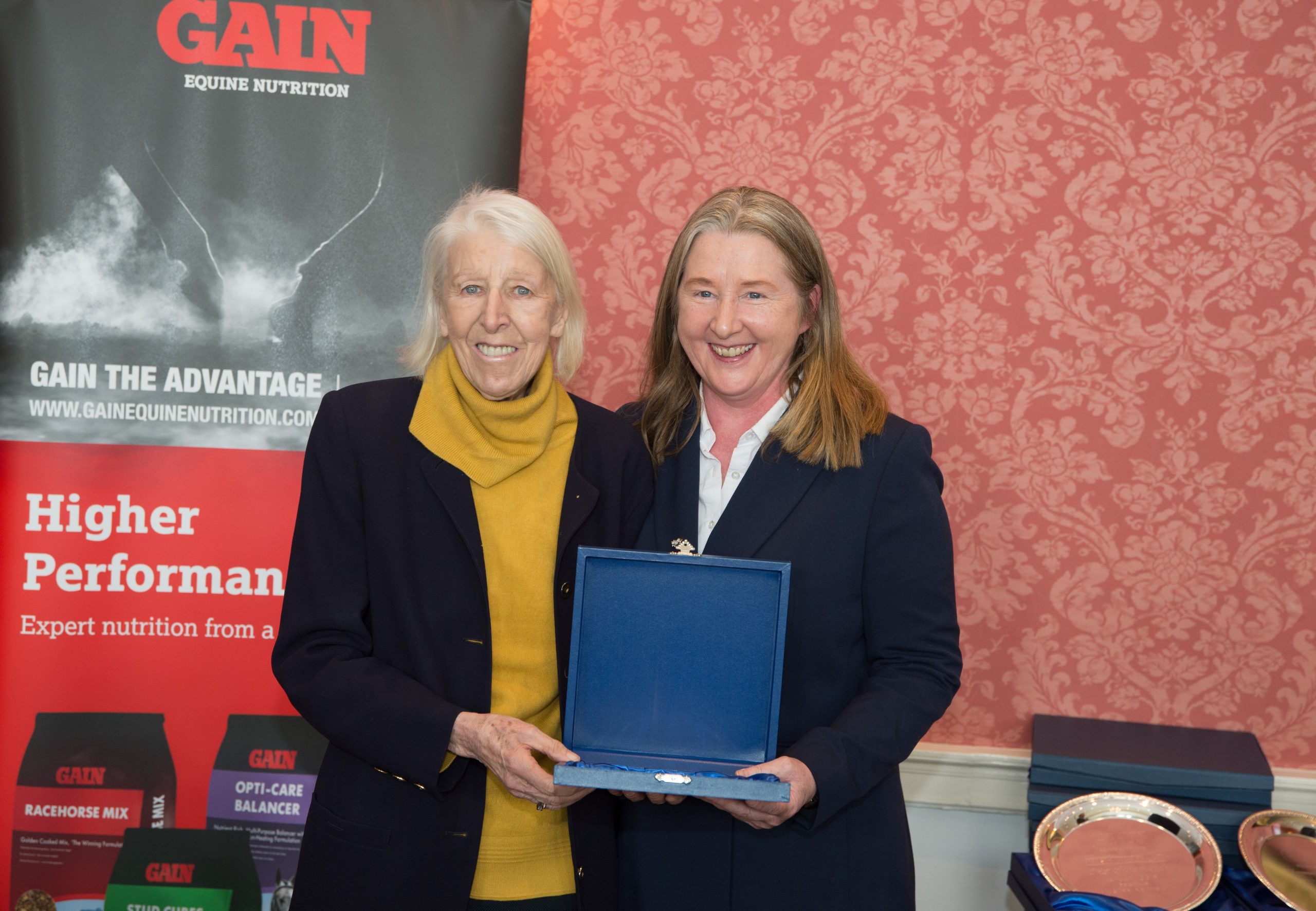 Veteran photojournalist and Connemara Pony breeding expert Ruth Rogers was presented with a Special Recognition Award for her contribution to the industry at yesterday’s The Irish Field Irish Horse World awards in The K Club, Co Kildare, yesterday (Monday).
For over 50 years, Ruth Rogers’s camera has documented Ireland’s racing and sport horse scene. Her early career was spent assisting her father George and uncle, CA Rogers, in breaking and training thoroughbred and show horses. Among their successes was Somerville, third in the Cheltenham Gold Cup; Charles Dickens, third in the Aintree Grand National; Lady Nightingale, third in the Moyglare Stakes as well as producing a former Supreme Champion Young Horse at the RDS.
Ruth, who has an encyclopaedic knowledge of bloodlines, breeders and owners, has photographed many great horses and ponies. From the famous Aintree Grand National winner Red Rum to Eddie Macken’s legendary Boomerang, Ruth Rogers has photographed them all.
She was the official photographer at the Waterloo Cup and her work has appeared in many of the world’s top publications including Paris Turf, British Racehorse, Thoroughbred Record in the USA, Sporting Press, Greyhound Annual, daily and regional newspapers, as well as The Irish Field.
She was the first woman to win a National Press Award and has received the International Salon of Photography Gold Medal Award, Pacemaker Photograph of the Year, three Benson and Hedges Photograph of the Year Awards and four Carroll’s National Press Awards.
A former member of the Greyhound Racing Board and director of many of its tracks nationwide, Ruth was appointed by the Department of Justice to do research on drug testing and was a member of the control committee.
Her name is synonymous in Irish and international Connemara Pony breeding circles where she has unstintingly reported and photographed countless Connemara Pony shows over the years for The Irish Field among other publications. She has faithfully and painstakingly produced annuals such as An Capaillin, the Connemara Pony Breeders Annual and the Connemara Pony Stallion Book of Pedigrees.
She is also the Public Relations Officer for the Midlands Connemara Pony Show. Last year, she undertook a very successful feature series for The Irish Field on Connemara Pony breeders, which we hope she will have time to continue this spring and was also a valued contributor to The Irish Field’s glossy Dublin Horse Show Magazine.